BREAKING: Trump Campaign Has No Plans to Fire Anyone Over Melania Speech Flap 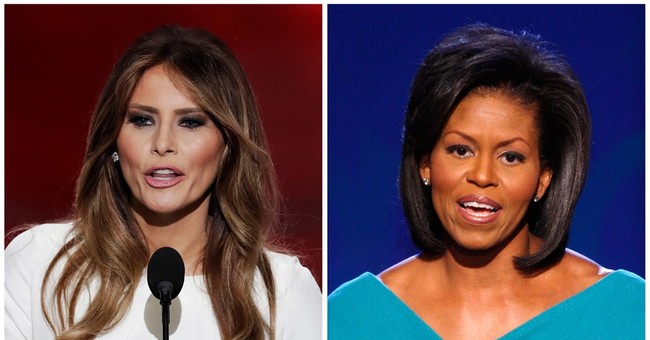 Cleveland, OH - The Trump campaign has issued a statement to CNN surrounding the controversy over Melania Trump's plagiarized RNC convention speech last night in Cleveland: Nobody is getting fired.

Donald Trump and his children are reportedly furious with the campaign team, particularly head honcho Paul Manafort, over the incident. Melania is also reportedly enraged.

UPDATE: Now sources are telling NBC "heads will roll" over this.

"It's piss-poor staff work," a source within the campaign told NBC News. "Melania has been humiliated. No doubt heads are going to roll."


This is a developing story, more to come.