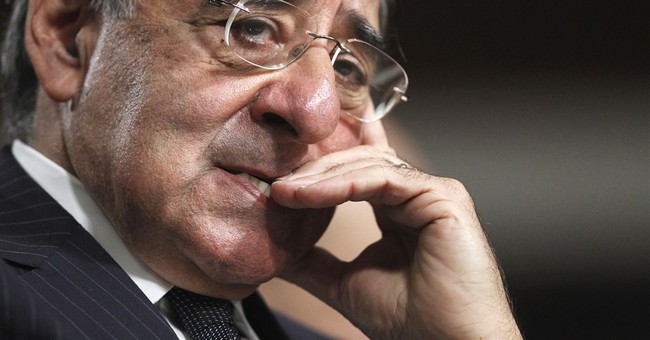 Military assets sat for hours while Americans were under attack and while President Obama's team at the White House debated getting YouTube to take down a video offensive to Muslims, which was of course used as an excuse for the attack.

"You can read this report in less time than our fellow Americans were under attack in Benghazi" Select Committee Chairman Trey Gowdy said during a press conference Tuesday.

Navy SEALs Tyrone Woods and Glen Doherty were killed eight hours into the attack. Doherty self-deployed with a small team to Benghazi from Tripoli after hearing about the attack.

"Team Tripoli,  which  included military  personnel based  at  the Tripoli  Annex,  acted  with  purpose, precision and  ingenuity that  night. The Secretary and  the  Joint  Staff  did  not  know  those personnel  were  in Tripoli, much less were they considered as one of the potential assets to respond to the  events  in  Benghazi," the report states. "In  fact, they represent  the  only military 'asset' to  reach  Benghazi  during  the  attacks. They deployed  themselves because fellow Americans needed them."

The question remaining is why the assets never made it. According to the report, President Obama said during the attack to "do everything possible to help our people."

"When  the  attacks in  Benghazi  began, the  Defense  Department was unprepared to respond. Despite there being a missing U.S. Ambassador, its response—from  the start  of  the  attack  at  9:42 p.m. in  Libya,  to  the amount of time it took for the forces to actually deploy until late the next morning in Libya at best illustrates a rusty bureaucratic  process  not in keeping  with  the gravity  and urgency  of  the  events  happening  on  the ground. The  decisions  made  earlier  in  the  year  by  senior  State  Department  officials to maintain a presence in Benghazi without adequate security forces and  an  inadequately  fortified Mission compound contributed  to  what amounted  to  a worst  case  scenario of  circumstances  that  would  test the military’s preparedness and ability to respond," the report states. "Nevertheless, the Defense Department did not pass the test. Whether this failure is shouldered by it alone,  or  rests  in  part  on  decisions  made  by  the  State  Department  in Washington D.C. or with the White House who presided over a two hour meeting  where  half  of  the  action  items  related  to  an  anti-Muslim video wholly unconnected to the attacks, is one of the lingering questions about Benghazi."

"What is  clear  is  the Secretary  of  Defense testified  he was  clear on both what the President ordered and what he ordered subsequent to the initial attack. Yet,  no  asset  was  ever  ordered  to  respond  to  Benghazi  and  the decisions made and  not  made coupled  with  a  lack  of  urgency in Washington D.C. delayed  the  response even, in some  instances, with an Ambassador missing," the report continues.

UPDATE: Could it be that military assets never left the ground because the State Department was arguing about which uniforms the Marines should have been wearing on their rescue missing? Wow.


Most damning part of the Benghazi report for Clinton (via NBC) pic.twitter.com/ELb2dW3fUU

The report is nearly 900-pages long. We will post additional reporting as we get through it.