The Orlando Jihadist Was on The FBI's Radar For Years 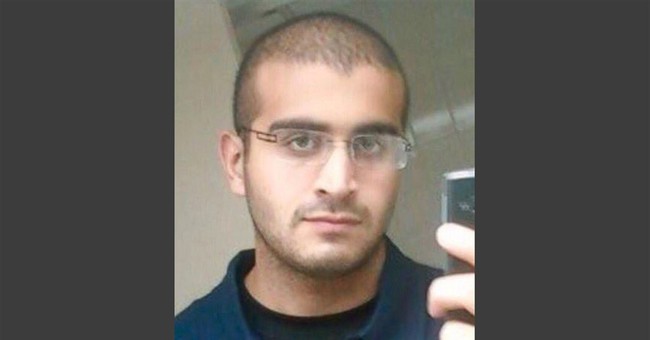 In 2013, Mateen was the subject of an FBI investigation after co-workers reported him for possible ties to terrorism. Due to a lack of evidence after investigation and two interviews, the case was closed. In 2014, Mateen was interviewed again for suspected ties to American suicide bomber Moner Mohammad Abusalha, who left the U.S. for Syria, came back, and then returned to the region where he detonated a truck full of explosives. As a reminder:

When Moner Mohammad Abusalha drove a truck packed with explosives into a restaurant in northern Syria in May, American authorities conceded that they knew little about how a young man who grew up a basketball-obsessed teenager in a Florida gated community had become a suicide bomber.

And they have never publicly acknowledged the startling discovery they made weeks into their investigation: that after receiving training by an extremist group in Syria, Mr. Abusalha had returned to the United States for several months before leaving the country for the last time.

Mr. Abusalha, 22, chose to carry out his attack in Syria rather than in the United States, but the difficulty learning about his background, motivations and travels illustrates the problems law enforcement officials face in trying to identify the Westerners — including dozens of Americans — believed to have been trained by Islamic militants in Syria.

Before the attack over the weekend, Mateen called 911 to pledge allegiance to ISIS. ISIS has repeatedly produced anti-gay propaganda. Just last week, ISIS spokesman Abu Mohammed al Adnani called for attacks on the West during Ramadan.

The deadliest terrorist attack on U.S. soil since 9/11 followed a clarion call by ISIS to its supporters in the United States to launch attacks during Ramadan, the Islamic Holy Month, which started last week.
In an audio recording released on May 21, ISIS spokesman Abu Mohammed al Adnani called for "a month of hurt" in the United States as well as Europe.

"The smallest action you do in the heart of their land is dearer to us than the largest action by us, and more effective and more damaging to them," al Adnani said, according to a translation by the SITE Intelligence Group. "And if one of you wishes and tries hard to reach the Islamic State, then one of us wishes to be in your place to hurt the Crusaders day and night without sleeping, and terrorize them so that the neighbor fears his neighbor."