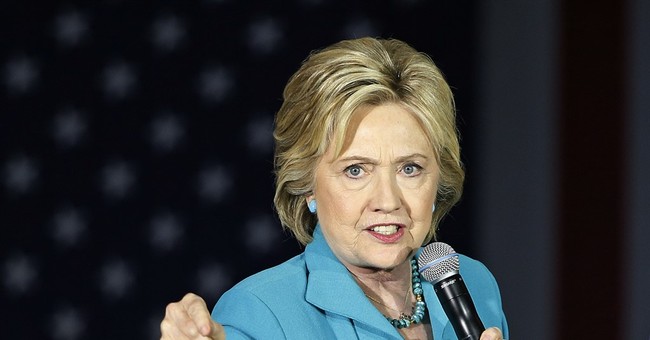 The Clinton campaign has issued a statement in response to a State Department Inspector General report released today showing former Secretary Hillary Clinton violated the Federal Records Act and put security at risk through the use of a private email server.

"While political opponents of Hillary Clinton are sure to misrepresent this report for their own partisan purposes, in reality, the Inspector General documents [show] just how consistent her email practices were with those of other Secretaries and senior officials at the State Department who also used personal email. The report shows that problems with the State Department's electronic record keeping systems were longstanding and that there was no precedent of someone in her position having a State Department email account until after the arrival of her successor. Contrary to the false theories advanced for some time now, the report notes that her use of personal email was known to officials within the Department during her tenure, and that there is no evidence of any successful breach of the Secretary's server. We agree that steps ought to be taken to ensure the government can better maintain official records, and if she were still at the State Department, Secretary Clinton would embrace and implement any recommendations, including those in this report, to help do that. But as this report makes clear, Hillary's use of personal email was not unique, and she took steps that went much further than others to appropriately preserve and release her records," the Clinton campaign released Wednesday.

This statement discounts these facts:

a) Hillary Clinton maintained a personal server in addition to a number of personal email addresses. This is unique. Other Secretaries of State who used private email from time to time weren't using private servers set up inside their homes.

b) The inspector general found Hillary Clinton violated the Federal Records Act by deleting tens-of-thousands of emails from her personal email server before turning over what she deemed to be government business emails to the State Department prior to her departure in 2013. Other Secretaries of State did not engage in mass deletion as Clinton did. The State Department can't keep or properly preserve records Clinton deleted before they were turned over, despite what this statement tries to imply.

c) Thousands of pieces of top secret, classified information have been found on Clinton's private server. At this point, this is not the case with previous Secretaries of State.

d) Good hackers cover their trackers, making it impossible to tell if a server has been breached. UPDATE: The IG report, as Guy notes, includes emails from IT saying the Clinton server had been hacked...again.

f) The statement that Clinton "took steps that went much further than others to appropriately preserve and release her records" is a lie. Again, she set up a private server in her home to avoid transparency, Congressional oversight and federal records law and again, she deleted 30,000 emails before turning the rest over for preservation.