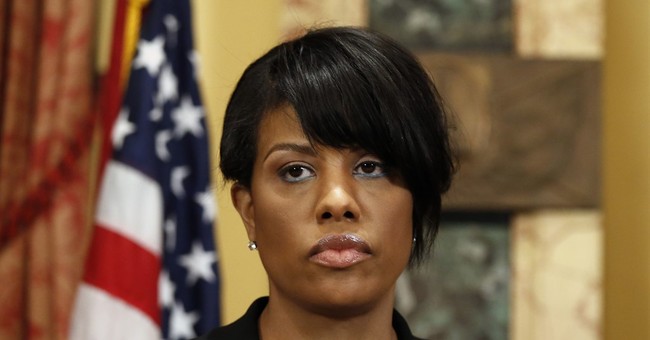 Monday morning, Baltimore Police Officer Edward Nero was acquitted by a Judge of charges surrounding the death of Freddie Gray in Baltimore last year. As a result, Baltimore Mayor Stephanie Rawlings-Blake is bracing for "disturbances" around the city.

My statement on the judge's decision in the criminal trial of officer Nero pic.twitter.com/2clErkU0YF

When the Freddie Gray case broke last year, it was Rawlings-Blake who gave rioters a "space to destroy" and told police to back off. Criminals took advantage and burned down businesses in the city and caused other severe damage.

"We also gave those who wished to destroy, space to do that as well," she said.

Rawlings-Blake's response was slammed as a "disaster."

A "disaster." A failure to confront "thugs." A failure to prepare despite plenty of warning.
These are descriptions of how Baltimore handled riots Monday night, coming from local officials and some law enforcement experts.

Assessing the streets that looked like a war zone Tuesday morning, some community leaders accused Mayor Stephanie Rawlings-Blake of letting violence take over.
"I think it was a disaster," said Delegate Jill Carter, who represents Baltimore in Maryland's House of Delegates, the lower chamber of the state legislature.