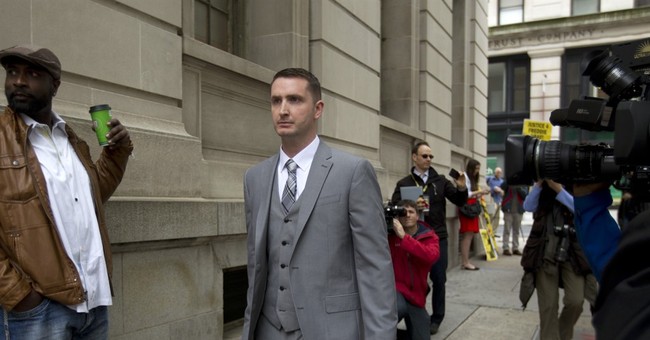 Officer Edward Nero, one of six police officers who were charged in the death of Freddie Gray last year, has been acquitted of all charges after a hearing in Baltimore on Monday.

Fox News reporter Peter Doocy said he could hear protesters chant, “No justice, no peace!” outside of the courthouse after the ruling.

Of course, the concern is whether or not the unrest will escalate into the violence we witnessed last year. Last April, angry mobs torched the city of Baltimore on the day of the funeral for Freddie Gray, an African-American man who died while being transported to jail in police custody. Reports revealed they had failed to strap him into a seatbelt in the police van, leaving him vulnerable to spinal cord injuries. The incident was described as reckless endangerment.