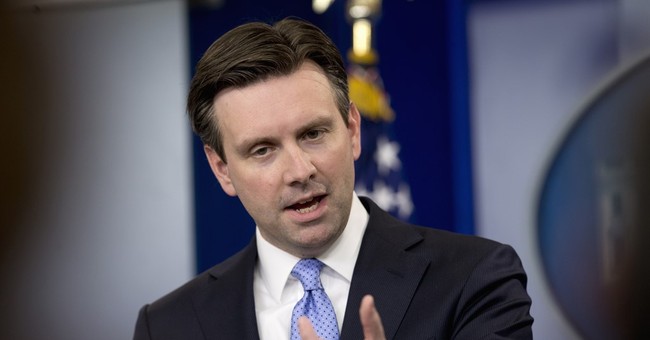 Speaking to reporters Friday, White House Press Secretary Josh Earnest addressed the new Department of Education directive. The directive requires every school district around the country allow individuals to use the restroom of their gender identity, not of their birth sex. Districts that do not comply have been threatened with federal funding cuts.

When asked to address comments made by Lt. Governor Dan Patrick about the directive, which he called "blackmail" and a fundamental change to the education system, Earnest attacked Patrick's credentials.

"This does underscore the risk of electing a right-wing radio host to state wide public office," Earnest said.

Earnest went on to argue the new directive doesn't require any additional requirement under the law.

Patrick and Texas Governor Greg Abbott are vowing to fight the directive.