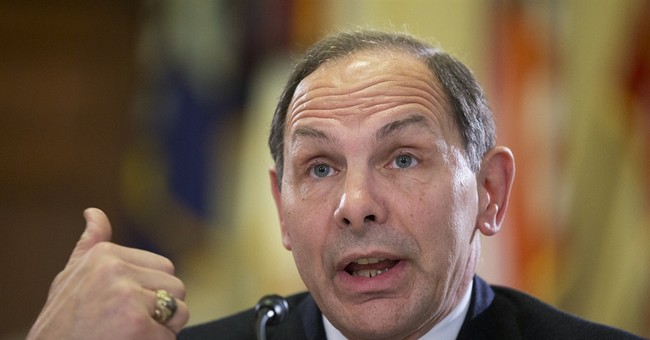 According to a new Government Accountability Report released this week, wait times at VA hospitals around the country are still being manipulated and wait times for veterans seeking care have increased.


The Department of Veterans Affairs has not done enough to prevent schedulers from manipulating appointment wait times, and wait-time data remains misleading and underestimates how long veterans wait for care, according to a nonpartisan watchdog report released Monday.

The findings bolster recent claims by VA whistle-blowers that schedulers across the country are still falsifying wait times. And they cast doubt on the effectiveness of corrective actions VA officials touted as recently as 10 days ago.

"GAO found that not all newly enrolled veterans were able to access primary care from the Department of Veterans Affairs’ (VA) Veterans Health Administration (VHA), and others experienced wide variation in the amount of time they waited for care. Sixty of the 180 newly enrolled veterans in GAO’s review had not been seen by providers at the time of the review; nearly half were unable to access primary care because VA medical center staff did not schedule appointments for these veterans in accordance with VHA policy," The report issued Monday states. "The 120 newly enrolled veterans in GAO’s review who were seen by providers waited from 22 days to 71 days from their requests that VA contact them to schedule appointments to when they were seen, according to GAO’s analysis. These time frames were impacted by limited appointment availability and weaknesses in medical center scheduling practices, which contributed to unnecessary delays."


According to GAO, the VA "operates one of the nation’s largest health care systems" providing care to 6.6 million veterans each year.