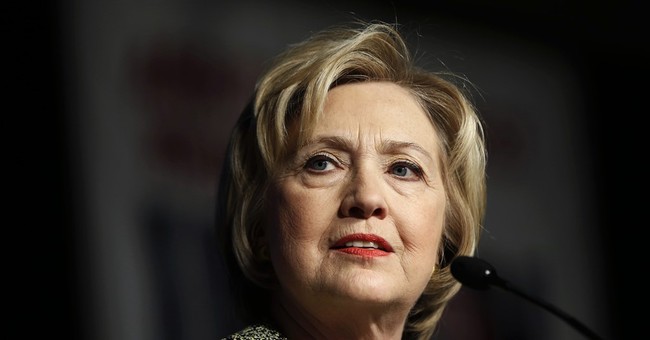 Democrat presidential candidate Hillary Clinton is currently campaigning in New York against rival Bernie Sanders. One of her main focuses in the Empire State is gun control and she's issued a number of smears against Sanders and the gun industry in the process. She's lied about the gun industry having immunity from lawsuits and has falsely claimed criminals get their guns from Vermont, where gun control laws are less tyrannical.

But Hillary's current screed against gun manufacturers and Second Amendment rights isn't new. Back in 1993, Clinton publically supported the implementation of a $25 sales tax on firearms in addition to a $2500 licensing tax for gun dealers during congressional testimony. The Washington Post reported at the time:

Hillary Rodham Clinton told Congress yesterday that, "speaking personally," she would support a tax on guns and ammunition to raise money for health care reform and to highlight the link between violence and health costs.

"I'm all for it," she declared in a response to a suggestion by Sen. Bill Bradley (D-N.J.) that the Congress should impose a 25 percent sales tax on handguns to "tax directly the purveyors of violence."

"I just don't know what else we're going to do to get a handle on violence. We will look at your proposal," she said, although White House officials said later there is no plan to include it as a way to finance health reform.

Bradley said a 25 percent tax on handguns and raising the gun dealer license fee to $2,500, from its current $30 to $70, would raise $600 million, according to figures from the Joint Committee on Taxation.

But new video dug up by Americans For Tax Reform shows a new side to Clinton's stance against gun dealers. During the same congressional testimony in 1993 when she endorsed enormous taxes on gun sales and dealer licenses, Clinton nodded in approval when New Jersey Senator Bill Bradley described gun dealers as "purveyors of violence."

Think this type of tax is out of the question? Think again. Just this week $1000 per gun tax was enacted is the Marianas Islands, a U.S. Territory. Earlier this year, Seattle implemented a tax of $25 on each gun purchased in the city.

“Hillary Clinton knows you can destroy the Second Amendment by taxing guns. The power to tax is the power to destroy, and she’s using that against the Second Amendment,” ATR President Grover Norquist said about the unearthed video in a statement to Townhall. “In 1993, before a senate committee, Hillary Clinton outlined how she could use tax policy to promote gun control."

If you can't ban it, tax it, which is exactly what Hillary Clinton plans to do.