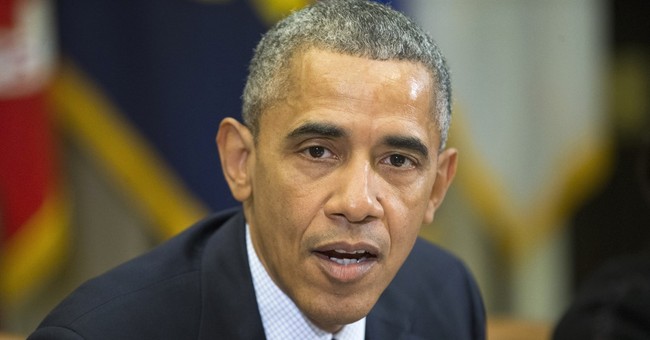 Today Vice President Joe Biden is in Israel and has a number of planned meetings this week with Israeli and Palestinian officials. Tomorrow, Biden with meet with Prime Minister Benjamin Netanyahu in Jerusalem.

On Biden's first day in the Jewish State, there were four separate terrorist attacks. Two people were killed, an Israeli and an American tourist, and 11 people were seriously injured. Since 2015, there have been hundreds of stabbings carried out by Palestinian terrorists against innocent men, pregnant women and grandmothers simply trying to get on the bus.

Despite these facts, the White House has refused to properly acknowledge the situation, not to mention the lack of a specific condemnation of Palestinians for their actions.

During the daily briefing Tuesday, Press Secretary Josh Earnest advised Israelis and Palestinians to continue working on a peace agreement.

"It has been the long standing policy of the United States that the tensions between the Israelis and Palestinians would be significantly reduced by pursuing a peace process that results in a democratic and secure Israel living side by side in peace and security with a viable, contiguous, prosperous Palestinian State," Earnest said. "We haven't made a lot of progress."

Although he acknowledged today's stabbing attacks, Earnest failed to mention who was behind them: Palestinian terrorists.


"These kinds of attacks are outrageous and are worthy of world wide condemnation. Targeting innocent civilians is not at all appropriate, of course, and is entirely inconsistent with the recognition of the way that human beings relate to one another even if they have significant difference of opinion. We condemn this kind of attach in the strongest possible terms," Earnest said.

Late last year, the White House said a peace agreement between the two sides is unlikely to be reached before President Obama leaves office.