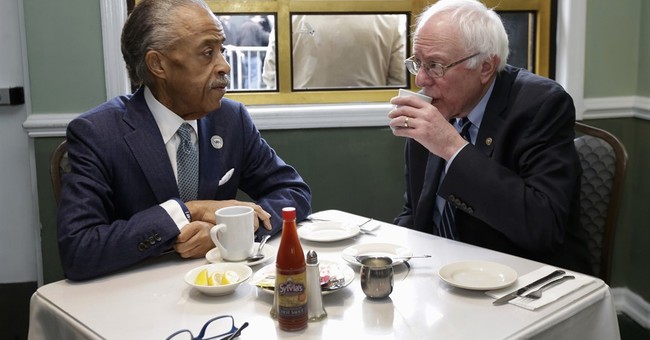 As the race for the White House moves to the south, socialist candidate Bernie Sanders is desperately hoping to shore up more support from minority voters.

Who is he turning to for guidance? Race-baiting huckster Al Sharpton of course. From NPR:

The morning after his New Hampshire primary victory, Bernie Sanders made a highly publicized visit to Harlem to dine with Al Sharpton.

The two dined at Sylvia's, the same New York City restaurant where Sharpton huddled with Barack Obama during his 2008 presidential campaign.

BREAKING: Guy who wants to raise taxes has breakfast with guy who doesn't pay them. pic.twitter.com/ycrxcL5qZM