Wow: 40 Percent of Driver's Licenses Given Out in California Last Year Went to Illegals 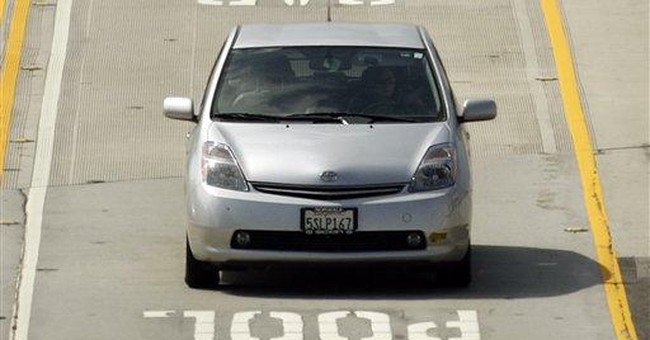 In January 2015, California officially approved a measure allowing illegal immigrants to obtain a driver's license in the Golden State. Some background:

California on Friday will start taking driver's license applications from the nation's largest population of immigrants in the country illegally.

California officials say they can't predict how many people will line up immediately to apply, but the number of people making appointments for a license more than doubled when immigrants were allowed to sign up. Appointments are required to apply for a license except at four newly-created DMV offices.

California is one of 10 states that now provide licenses to immigrants in the country illegally. The licenses issued to immigrants without legal status will include a distinctive marking and are not considered a valid form of federal identification.

As a result, 40 percent of new driver's licenses issued last year went to people living in the country illegally.

Since California implemented Assembly Bill 60 last January, an estimated 605,000 driver’s licenses were issued to undocumented immigrants in the Golden State, with 400,000 of these licenses issued during the first six months of 2015.
The licenses have “federal limits apply” printed on them – meaning that federal officials and law enforcement officers in other states are not required to accept them as a valid form of identification.

Opponents to issuing illegal immigrants driver's licenses argue not only does the practice overload the system, but it gives people in the country illegally, violating federal law, an advantage and privilege that should be reserved for those who go through the proper legal channels for residency or citizenship.