Rick Santorum Slams Trump But Plans to Go to His Event, Bill Hemmer Calls Him Out 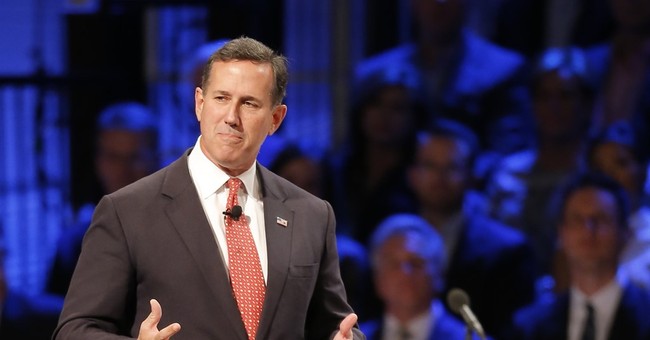 Des Moines, Iowa - During the Fox News undercard debate tonight, former Senator and current GOP presidential candidate Rick Santorum slammed Donald Trump as an entertainer from the stage, despite plans to attend an event hosted by Trump at 9 p.m. eastern.

Moderator and Fox News anchor Bill Hemmer called him out for it and Santorum used veterans as a shield. He also said he's going to Trump's event because he "didn't have anything else to do at 9 p.m."