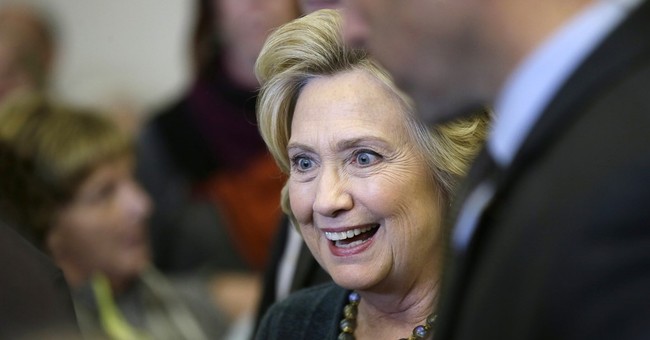 Since jumping into the 2016 race for the White House, Democrat candidate Hillary Clinton has been anything but shy when it comes to promoting gun control. She's compared members of the NRA to Iranian terrorists and she's even gone so far as supporting mandatory gun buybacks and confiscation.

“Recently Australia managed to get away, or take away, tens of thousands, millions, of handguns. In one year they were all gone. Can we do that? If we can’t, why can’t we?” an attendee at a New Hampshire campaign event asked Clinton.

“I think it would be worth considering doing it on the national level, if that could be arranged,” the White House hopeful replied, embracing not only a mandated national buyback program but getting rid of handguns in the United States. This statement proves that NRA leadership isn’t wrong when it warns of Clinton’s anti-gun philosophical and policy positions.


Clinton has said if she becomes President, she'll sign gun executive orders of her own, so naturally she fully supports President Obama's recent executive orders on the issue. In fact, she's saying she inspired Obama and wants to do more if she replaced him in the Oval Office.

Hillary Clinton praised Obama's executive actions on gun control, claiming that his plans were influenced by her own proposals.

"I am very proud of President Obama's announcement today," Clinton said of the president's new series of executive actions. "In fact, I feel really good because I called for some of those measures a few months ago."

The issue of gun control used to be a taboo subject during an election year. It's such a toxic topic for Democrats that former White House Chief of Staff Rahm Emanuel encouraged President Obama to avoid the issue until after the 2010 midterm elections and until after his re-election in 2012. Hillary is clearly ignoring the precedent of gun control being a losing issue for Democrats and it's highly unlikely her extreme stance on the issue will go over well with general election voters.