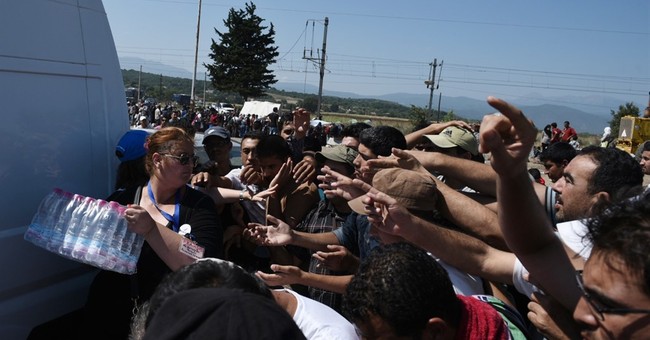 Yesterday the White House announced the United States will take in at least 10,000 Syrian refugees under instruction from President Obama.

Chairman of the House Homeland Security Committee Michael McCaul is expressing grave concerns about the move and is warning that the U.S. doesn't have the systems in place through Homeland Security or the FBI to properly vet refugees coming from the terrorism hotspots of Syria and Iraq.

“The President wants to surge thousands of Syrian refugees into the United States, in spite of consistent intelligence community and federal law enforcement warnings that we do not have the intelligence needed to vet individuals from the conflict zone. We also know that ISIS wants to use refugee routes as cover to sneak operatives into the West. I implore the President to consult with Congress before taking any drastic action and to level with the American people about the very real security challenges we face," McCaul released in a statement. "It is heart-wrenching to watch innocent Syrians fleeing the violence in their country, and we can do more to help. But the best way to solve this crisis is at the source. The President needs to develop a real strategy for victory to defeat ISIS and remove Assad from power, which is the root cause of the problem. This is the culmination of a failed foreign policy to deal with the threats and now we have a humanitarian crisis on our hands.”

As McCaul mentioned, ISIS has vowed to use the refugee crisis to infiltrate western Europe and eventually, the United States.