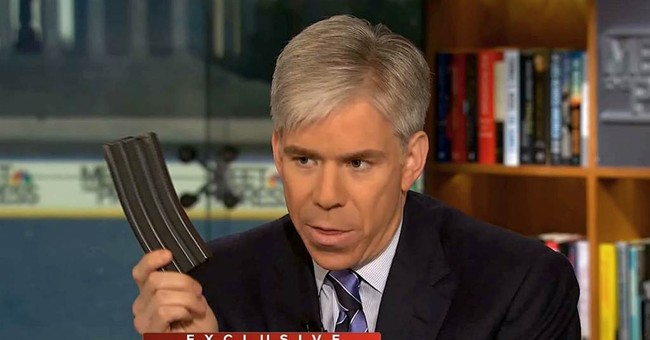 A Marine assigned to the office Republican Congressman Duncan Hunter was arrested in Washington D.C. this week when a handgun was found in his car. Here are the details:

A Marine detailed to the office of California GOP Rep. Duncan Hunter Jr. was arrested Tuesday for possession of an unregistered firearm after a loaded .45 caliber handgun was discovered in his vehicle.

Gunnery Sgt. Peter Boby, a congressional fellow in the Corps' Office of Legislative Affairs, was arrested after being stopped at a security checkpoint near a House office building, according to the U.S. Capitol Police.

Boby was also charged with carrying a pistol without a license and possession of unregistered ammunition. He processed at Capitol Police headquarters.

"He's a hero who's seen combat, who's been wounded and who's been in good standing with the Marine Corps throughout," Hunter said. "We are still getting the facts but this was most likely an accident. There's no reason to suggest it was intentional."

Newsflash: This was an accident. Marines are often avid shooters and it's obvious he left the firearm (judging by the caliber this particular gun could easily be his regular carry gun) in his vehicle and forgot to take it out before rushing into Washington D.C. for work. He started his day in Virginia with a legal firearm, crossed a bridge to D.C. for work and automatically became a criminal for simply possessing an inanimate object.

The Patriot Perspective has more on D.C., where your Second Amendment rights do not exist (unless you're a powerful, liberal elitist):

This is a DC thing. If your pistol isn’t licensed by DC (and they won’t license it), then any ammunition possessed is considered unregistered and is also a crime. If the GySgt had somehow managed to win a golden ticket to have his .45 registered, if he accidentally had some .22 lr or 5.56mm or 9mm ammo in his range bag, then could still be arrested for unregistered ammo, because the ammo has to go with the gun DC deigned to permit you to have.

Ignorance of any of the massive amount of law that exists is no defense. Mens rea is meaningless. The Bill of Rights and the Second Amendment are also meaningless. The people have the right to keep and bear arms except when the government decides you can’t, especially as the government will use taxpayer money to fund their lawyers to fight you tooth and nail in court to continue crushing your natural rights

Once again the tyrannical gun control laws of D.C. have ruined the life of an upstanding citizen with a clean record of serving his country honorably. His arrest is a complete disgrace. They should have asked him a few questions, told him to go home and then return to work.

If only he could get the same treatment as David Gregory.