Israel: U.S. Officials Are Withholding Major Parts And Details Of Iran Deal From Us 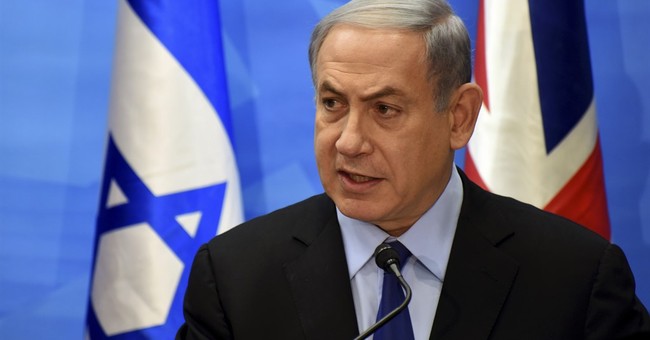 As the Obama administration desperately tries to sell the Iran deal to a skeptical Senate, including Democrats, U.S. officials are being accused of withholding details of the deal from Israel. More from Israeli newspaper Haaretz (bolding is mine):

The United States and other world powers haven't provided Israel with the details of the Iran nuclear deal, and especially the secret addendums concerning the agreements between Iran and the International Atomic Energy Agency, a top Israeli security official told lawmakers on Tuesday.

"Israel has yet to receive the addendums to Iran's agreement with the powers, despite promises," National Security Adviser Yossi Cohen told MKs at the Knesset Foreign Affairs and Defense Committee.

Cohen stated that Israel is missing entire parts of the nuclear agreement, which makes assessing its consequences impossible. "We don't have the whole picture," Cohen said, according to two sources that were in attendance.

Cohen noted that Israel was still actively trying to thwart the agreement or at least trying to have some critical changes made to it.

The information Israel is being denied has to do with Iran's agreement with the IAEA concerning possible military aspects of Teheran's nuclear program. This agreement has to do with IAEA inspections in the suspicious military base in Parchin, where Iran is said to have been trying components of a nuclear bomb.

Based on the information above, it seems information is being withheld from the Israelies in order to prevent them from bombing Iranian nuclear sites. Considering Iranian officials have openly stated they want to annihilate all of the Jews, which they claim will be easy to do (with a nuclear weapon) because the majority are located in Israel, the Israeli's are more than entitled to know about every detail of the (a deal considered by most as a very bad one).

Israel, of course, has been against negotiations with the Iranian regime since talks with the White House began last year. When a deal was announced by President Obama earlier this month, Israeli Prime Minister Benjamin Netanyahu called it a "stunning, historic mistake." When Netanyahu visited the U.S. in March, he said Israel will stand, even if it is alone, during an address to a joint session of Congress.

Meanwhile, Secretary of State John Kerry and other Obama administration officials have been on Capitol Hill this week trying to sell the deal to Congress. Vice President Joe Biden was there doing the same two weeks go.