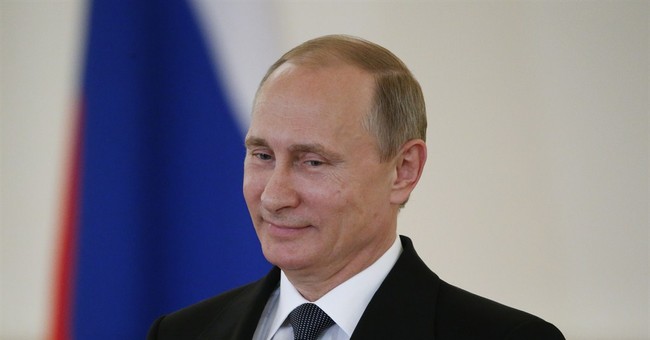 As Secretary of State John Kerry desperately tries to cobble together a deal over Iran's nuclear program, Russian President Vladimir Putin is ramping up his country's nuclear arsenal in response to NATO "aggression." More from the BBC:

It is part of a wide-reaching programme to modernise the country's military.

The move comes after the US proposed increasing its military presence in Nato states in Eastern Europe.

Nato has condemned the Russian announcement, saying the move amounted to "nuclear sabre-rattling" and was "unjustified" and "dangerous".

Speaking at an arms fair, Mr Putin said the weapons would be able to overcome even the most technically advanced anti-missile defence systems.

"We will be forced to aim our armed forces ... at those territories from where the threat comes," Putin said according to Reuters.

The "aggression" Putin refers to is the increase in U.S. military presence along Eastern Europe borders as the Russians continue their advance through Ukraine and as the Baltic states get nervous about Putin's behavior.

Last summer, Putin shot down a commercial airliner carrying hundreds of innocent civilians from different countries around the world. There were few consequences for doing so.