Keep Working America: The Government Not Exactly Sure Where $3 Billion in Obamacare Subsidies Went 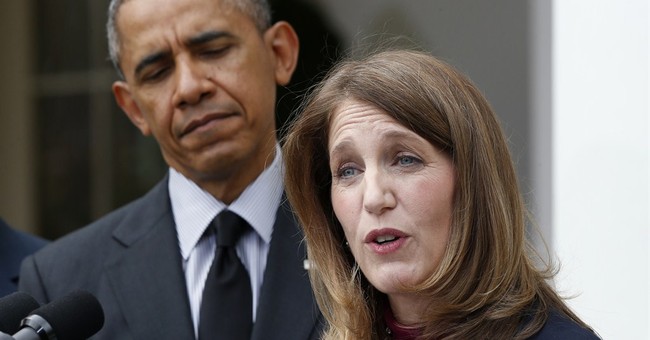 Good news, America. Three billion dollars of hard earned tax money you've been sending to subsidize other people's healthcare plans 1) went to the wrong people 2) was paid out in the wrong amounts.

An Inspector General audit of the Department of Health and Human Services revealed today that Obamacare subsidies handled by the agency have been completely unorganized, disfunctional and misplaced. Why? Because HHS never implemented a system to ensure the subsides would be secure, distributed in the right amounts and sent to those who are eligible to receive them. More from the Washington Free Beacon:

"[The Centers for Medicare and Medicaid Services] CMS's internal controls did not effectively ensure the accuracy of nearly $2.8 billion in aggregate financial assistance payments made to insurance companies under the Affordable Care Act during the first four months that these payments were made," the OIG said.

"CMS's system of internal controls could not ensure that CMS made correct financial assistance payments," they said.

The OIG reviewed subsidies paid to insurance companies between January and April 2014. The audit found that CMS did not have a process to "prevent or detect any possible substantial errors" in subsidy payments.

The OIG said the agency did not have a system to "ensure that financial assistance payments were made on behalf of confirmed enrollees and in the correct amounts."

In response to the audit, CMS said they issued a regulation to change their accounting methods.“CMS takes the stewardship of tax dollars seriously and implemented a series of payment and process controls to assist in making manual financial assistance payments accurately to issuers,” they said.

More directly from the report about what was found:

We determined that CMS’s internal controls (i.e., processes put in place to prevent or detect any possible substantial errors) for calculating and authorizing financial assistance payments were not effective. Specifically, we found that CMS:

-relied on issuer attestations that
-did not ensure that advance CSR payment rates identified as outliers were appropriate,
-did not have systems in place to ensure that financial assistance payments were made on
behalf of confirmed enrollees and in the correct amounts,
-did not have systems in place for State marketplaces to submit enrollee eligibility data for
fina
ncial assistance payments, and
-did not always follow its guidance for calculating advance CSR payments and does not plan to perform a timely reconciliation of these payments.

The internal control deficiencies that we identified limited CMS’s ability to make accurate payments to QHP issuers. On the basis of our sample results, we concluded that CMS’s system of internal controls could not ensure that CMS made correct financial assistance payments during the period January through April 2014.


According to the Inspector General, the audit was conducted "to determine whether CMS’s internal controls were effective to ensure the accuracy of financial assistance payments to QHP issuers made during the first 4 months that these payments were made."

"Without effective internal controls for ensuring that financial assistance payments are calculated and applied correctly, a significant amount (approximately $2.8 billion) of Federal funds are at risk (e.g., there is a risk that funds were authorized for payment to QHP issuers in the incorrect amounts)," the report states. "Our review focused on the effectiveness of CMS’s internal controls and, for the aforementioned reasons, did not verify whether these Federal funds were accurately applied on behalf of confirmed enrollees on an enrollee-by-enrollee basis."


Keep in mind the federal government spent nearly $2 billion on the Obamacare website and the total cost for the healthcare reform is gauged at $2 trillion.