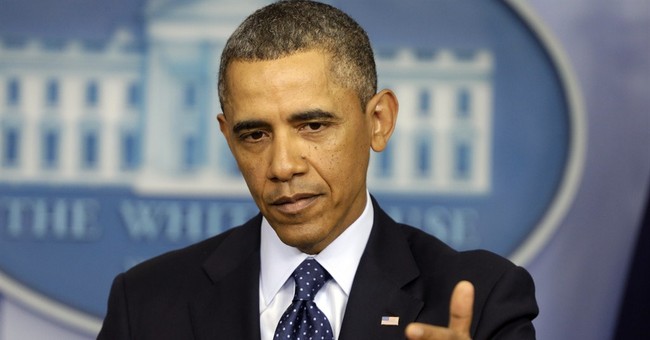 As the email scandal surrounding former Secretary of State and potential 2016 Democrat nominee Hillary Clinton continues to grow, with a congressional committee headed by Rep. Trey Gowdy issuing subpoenas last week, the White House is doing everything it can to distance itself from the situation.

In light of revelations Clinton used a private email address (and possibly more than one) to conduct all of her government business during her time at the State Department, President Obama is saying he learned about her practice through news reports "like everybody else." Further, Obama argued the standard policy of his administration is transparency.

"The same time everybody else learned it through news reports," Obama said in an interview with CBS News over the weekend after being asked directly about when he first knew Clinton was using a private address for State Department business. "The policy of my administration is to encourage transparency, which is why my emails, the Blackberry I carry around, all those records are available and archived, and I'm glad that Hillary’s instructed that those emails about official business need to be disclosed."

Last week TIME's Zeke Miller asked White House Press Secretary Josh Earnest about whether President Obama had ever emailed directly with Clinton during her time in the administration. Earnest said he wasn't going to publicly discuss private discussions between the President of the United States and a cabinet member.

This is far from the first time the administration has used the "learned it on the news" talking point to get away from a scandal.

Exit question: Who else in the administration has been using private emails to conduct most, if not all, of their government business? Time will tell.