Democrat Senator Bob Menendez to Be Indicted on Corruption 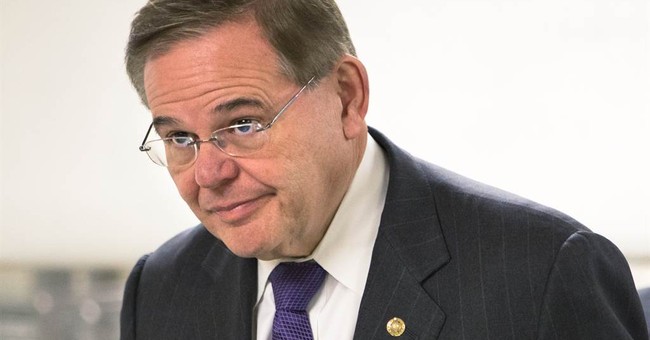 According to an exclusive report published first by CNN, Democrat Senator Bob Menendez will be indicted by the Department of Justice on federal corruption charges.

The Justice Department is preparing to bring criminal corruption charges against New Jersey Sen. Robert Menendez, alleging he used his Senate office to push the business interests of a Democratic donor and friend in exchange for gifts.

People briefed on the case say Attorney General Eric Holder has signed off on prosecutors' request to proceed with charges, CNN has learned exclusively. An announcement could come within weeks. Prosecutors are under pressure in part because of the statute of limitation on some of the allegations.

The government's case centers on Menendez's relationship with Salomon Melgen, a Florida ophthalmologist who the senator has called a friend and political supporter. Melgen and his family have been generous donors to the senator and various committees the senator is associated with.

Menendez has been under fire over the past three years for allegations of hiring underage prostitutes  in the Dominican Republic, for accepting suspicious campaign donations and much more. Yahoo has a rundown of the scandals surrounding Menendez here.

I should point out that the timing of the indictment is interesting. Menendez has been a harsh critic of President Obama's policy and negotiations with Iran and has been a staunch supported of Israel.