Yemen: Another Failure The Obama Administration Touted As a Success 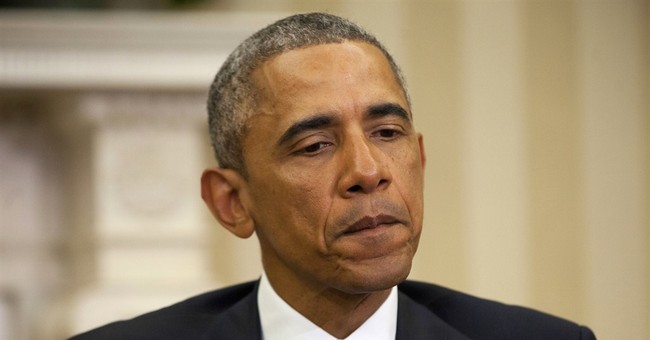 As law enforcement officials hone in on two Islamic terrorists who carried out an attack on French magazine Charlie Hebdo earlier this week, we're learning more about where the terrorists came from, what their backgrounds are and where they received their training. There are three suspects total. Two brothers, Said and Cherif Kouachi, are still on the run but officials know where they are and have been in contact with them throughout the morning. The youngest of the terror suspects turned himself in earlier this week.

Said Kouachi, the oldest of the three, trained with Al Qaeda in Yemen throughout 2011 before returning to France. From the NYT:

The suspect, Saïd Kouachi, 34, spent “a few months” training in small arms combat, marksmanship and other skills that appeared to be on display in videos of the military-style attack on Wednesday carried out by at least two gunmen on the offices of the Charlie Hebdo newspaper.

Both French and American officials were aware that Mr. Kouachi had trained in Yemen. He went there at a time when many other young Muslim men in the West headed to Yemen, inspired by Anwar al-Awlaki, the American-born cleric who by 2011 had become a senior operational figure for the terrorist group there, Al Qaeda in the Arabian Peninsula.

On the very same day the attack in Paris was carried out, a terrorist driving a bus packed with explosives killed 37 people at a police academy.

A suicide bomber rammed his explosives-laden minibus into a gathering of recruits outside a police academy in the heart of Yemen's capital on Wednesday, killing at least 37 people in the latest high-profile attack to hit Sanaa.

No one immediately claimed responsibility for the attack, but Yemen's local Al Qaeda branch has carried out similar assaults in the past against the army and police in this impoverished Arabian Peninsula country, viewing them as U.S. proxies.

It was just a few short months ago that President Obama touted anti-terrorism operations in Yemen and Somalia as a success and upheld them as examples of how the United States would fight ISIS. From his September 10, 2014 speech at the White House:


Despite Obama administration claims, Al Qaeda is not on the run. In fact, they're gaining strength. Yemen is far from the success we should be depending on to fight ISIS and Obama's suggestion it has been a "success" begs-the-question of whether he's actually serious about "degrading and ultimately destroying" ISIS in Iraq and Syria.