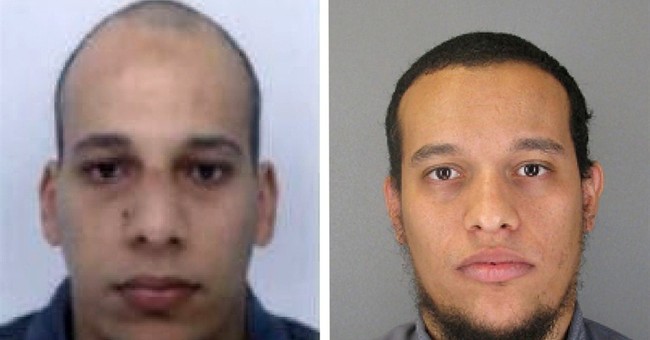 After the horrifying Islamic terror attack in Paris yesterday, one suspect is in custody and the other two remain on the loose. Late last night the youngest suspect, Hamyd Mourad, turned himself into police. Brothers Said Kouachi and Cherif Kouachi remain at-large.

Authorities have been searching for 24 hours for the suspects, who are reportedly from Yemen. Officials have revealed that in 2008 Cherif Kouachi was convicted of acting as a foreign fighter trafficker and worked to get jihadists into Iraq to fight American soldiers. Kouachi was sentenced to 18 months in prison, but wasn't required to serve out term.

French officials continue their search today as government leaders from around the world express their support. The public has been asked to pay attention and to remain vigilant.