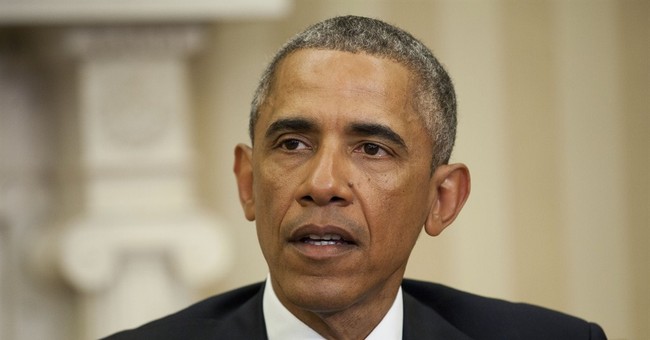 One of the first agenda items on the to-do list for the new Congress is redefining the definition of full-time work under Obamacare's employer mandate, which goes into effect this year. Under the healthcare law, companies have cut hours in order to avoid reaching the Obamacare threshold requiring businesses to provide health insurance if they employ more than 50 full-time workers at 30-hours per week. As a result, the economy is seeing an substantial shift from full-time to part-time workers with fewer benefits as a result of the law.


Republicans have long expressed the need to re-establish the definition of full-time in Obamacare and they've found an unlikely ally on the topic in labor unions. Leading unions bosses, including those who have supported President Obama and Obamacare in the past, have been furious for years about the health legislation's devastating effect on working Americans. In 2013 Teamsters President Jimmy Hoffa, UFCW President Joseph Hansen and UNITE-HERE President D. Taylor sent a scathing letter directly to President Obama and Democrats demanding a fix.

When you and the President sought our support for the Affordable Care Act (ACA), you pledged that if we liked the health plans we have now, we could keep them. Sadly, that promise is under threat. Right now, unless you and the Obama Administration enact an equitable fix, the ACA will shatter not only our hard-earned health benefits, but destroy the foundation of the 40 hour work week that is the backbone of the American middle class.

Like millions of other Americans, our members are front-line workers in the American economy. We have been strong supporters of the notion that all Americans should have access to quality, affordable health care. We have also been strong supporters of you. In campaign after campaign we have put boots on the ground, gone door-to-door to get out the vote, run phone banks and raised money to secure this vision.

Now this vision has come back to haunt us.

Since the ACA was enacted, we have been bringing our deep concerns to the Administration, seeking reasonable regulatory interpretations to the statute that would help prevent the destruction of non-profit health plans. As you both know first-hand, our persuasive arguments have been disregarded and met with a stone wall by the White House and the pertinent agencies. This is especially stinging because other stakeholders have repeatedly received successful interpretations for their respective grievances. Most disconcerting of course is last week’s huge accommodation for the employer community—extending the statutorily mandated “December 31, 2013” deadline for the employer mandate and penalties.

Time is running out: Congress wrote this law; we voted for you. We have a problem; you need to fix it. The unintended consequences of the ACA are severe. Perverse incentives are already creating nightmare scenarios.

Regardless, President Obama issued a veto threat earlier this week, saying through his press secretary Josh Earnest that if Congress were to pass legislation re-defining "full-time" under Obamacare he would reject it, further putting him at odds with Republicans, Democrats, his rhetoric about supporting the middle class, the vast majority of the American people and the labor unions who have given him and his party unwavering political support.

Congressional lawmakers, including Democrats, rebuked the White House on Wednesday for refusing to allow tweaks to Obamacare, saying President Obama is reneging on his promise to work to fix problems in the law.

A day after the White House said it would veto a bill to re-establish the 40-hour workweek standard, House and Senate members said they would press ahead and dare the president to oppose them.

The House will vote Thursday on legislation redefining full-time work as 40 hours per week under Obamacare and the new GOP controlled Senate will take it from there.