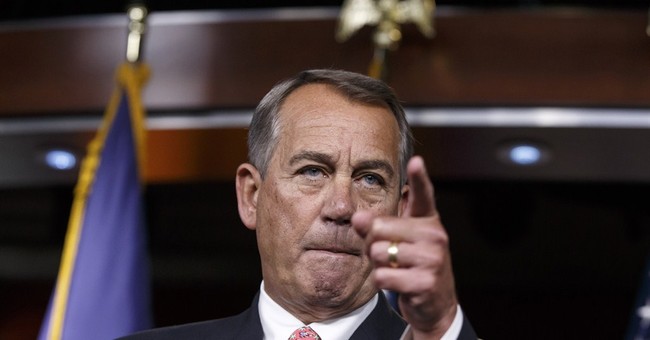 Tuesday the House of Representatives will cast their votes and determine whether Speaker John Boehner will keep his job. Over the past few days, a number of members have publicly expressed that although they like Boehner personally, they cannot continue to support his role as Speaker, citing caves to the White House on illegal immigration and budget negotiations over the past few years.

On Sunday, Republican Texas Rep. Louie Gohmert announced he would be putting his name in the hat to run against Boehner for Speaker today. Florida Congressman Ted Yoho is also openly challenging him. Recent polling by Caddell Associates shows 60 percent of Republicans who voted in the 2014 midterm elections want Boehner replaced.

In order for Boehner to get even close to losing his speakership, he would need at least 25 members to vote against him in order to push voting to a second round. That hasn't happened in more than 100 years.

Boehner is confident his challengers won't be able to come up with enough votes today to cause a problem.

"Rep. Boehner was selected as the House Republican Conference's choice for Speaker last November and he expects to be elected by the whole House,” Boehner spokesman Michael Steel told ABC News earlier today.

Members will cast their votes today at 12:30 eastern time.