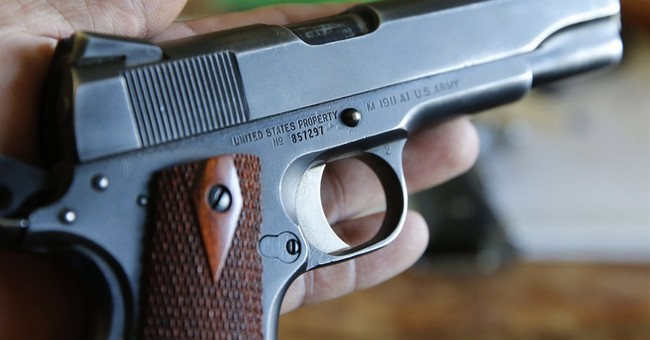 According to new polling from Pew Research, Americans for the first time in decades support gun rights more than they support gun control. Further, the majority of Americans believe gun ownership makes an individual safer.

Support for gun rights has edged up from earlier this year, and marks a substantial shift in attitudes since shortly after the Newtown school shootings, which occurred two years ago this Sunday.

December 2012, and again a month later. Since January 2013, support for gun rights has increased seven percentage points – from 45% to 52% — while the share prioritizing gun control has fallen five points (from 51% to 46%).

Nearly six-in-ten Americans (57%) say gun ownership does more to protect people from becoming victims of crime, while 38% say it does more to endanger personal safety.

One of the most important numbers from the survey shows that five percent more women support protecting rights over gun control than they did just two years ago. Women are also the fasted growing demographic of gun owners in America.

These numbers, although they can change, are a huge victory for the Second Amendment moving forward. We've seen the results of this survey in action over the past few years through the implementation of concealed carry in all 50 states and even in Washington D.C. Meanwhile, the National Rifle Association just had its most successful election in a decade and won 91 percent of all races they entered during the 2014 midterms.

This new Pew Research comes just as Democrats mull the idea of revisiting the gun control debate on Capitol Hill in the new Congress.