Obama to Illegal Immigration Hecklers: Settle Down, "I Just Took Action to Change The Law" 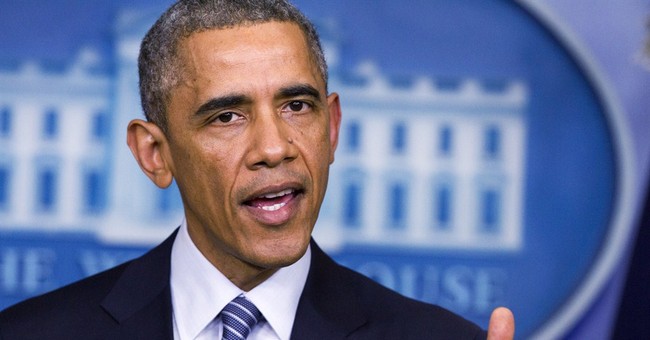 Speaking during an event in Chicago last night, President Obama was interrupted by hecklers who yelled at him about illegal immigration. Obama responded by telling them a month ago their concerns would have been justified, but now they're invalid because of his executive action to "change the law" on the issue.

"You're absolutely right that there have been significant numbers of deportations. That's true. But what you are not paying attention to is the fact that I just took an action to change the law," Obama said.

The White House has repeatedly argued President Obama isn't changing the law, but is instead simply using his executive authority to change prosecutorial discretion and therefore the action is constitutional, legal and valid.

"We’re not talking about whether or not the President is going to enforce certain laws," White House Press Secretary Josh Earnest said Monday at the daily press briefing. "We’re talking about the Department of Homeland Security using prosecutorial discretion to sharpen the focus of enforcement on those who pose a threat to national security, and those who pose a threat to public safety."

He admits this when selling it; denies it otherwise. RT @charliespiering: “I just took an action to change the law” Obama tells hecklers

Obama just admitted to country he did something he doesn't have legal authority to do. And we'll take it.

Obama has received criticism about changing the law by executive fiat from Republicans and Democrats on Capitol Hill and in the legal field.