White House: This Isn't Really a National Election, You Know 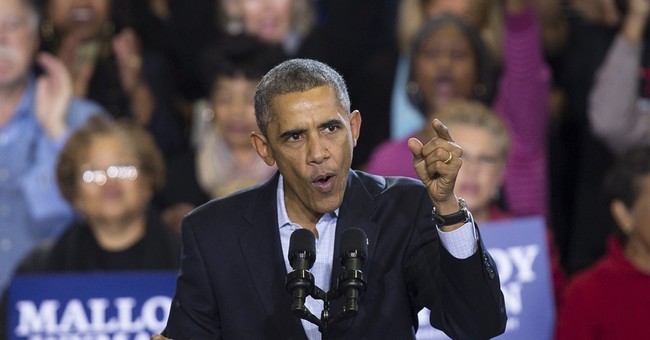 Yesterday in a last ditch effort to save the reputation of Democrats across the country, White House Press Secretary Josh Earnest said that today's midterm elections don't represent a national election. Earnest's comments come even after President Obama campaigned for a handful of Democrat candidates running for national office who dared to be seen with him. More from the Washington Times:

With the GOP in striking distance of regaining control of the Senate, White House press secretary Josh Earnest said Monday that “the vast majority of [Senate races] are actually taking place in states that the president did not win in the last presidential election.” And he said the Republican-friendly nature of this year’s electoral map would be a reason for the White House to limit any lessons learned from the outcome.

Ah, I guess it's only a national election when Obama is popular or when Democrats are set to win in order to carry out the President's agenda.

Earnest's comments signal how Obama will behave should Harry Leader lose his position as majority leader as a result of a Republican take over of the Senate. When Republicans are winning, the White House doesn't consider the election a national one and you can bet that if Republicans flip the Senate tonight, President Obama will govern as if they don't exist.

As I write in my column for The Hill today, when Obama takes this approach, it'll be up to Republicans to rein him in and restore the balance of power between the legislative and executive branches of government.

Today there is a national election and it will, in fact, have national results despite White House denials of reality.