Ft. Hood Murderer's Attorney: "I Don't Know Where They Come Up With Workplace Violence" 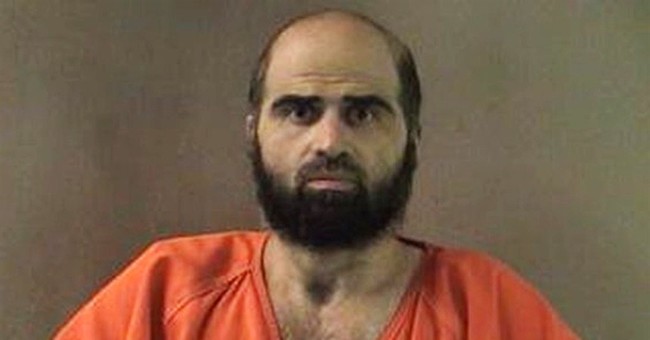 Ft. Hood murderer Nidal Hasan recently sent a six page letter to Pope Francis about waging Jihad, further clarifying Hasan's murder of 13 people and the shooting of 30 others in 2009 was Islamic terrorism, not work place violence as the politically correct Obama administration has said and argued.

Last night on The Kelly File Hassan's current attorney, John Galligan, said he doesn't understand where the classification of "workplace violence" comes from in this case.

"I don't know where they come up with the term 'work place violence.' I've been in the Army 30 years, I've been in the practice of law for almost 35 years, work place violence was not the crime for which he was charged, it is not a punishable offense under the UCMJ and it's certainly not an aggravating factor that would warrant the death penalty. Nidal Hasan was charged with mass murder," Galligan said, adding the government had the option to charge him with terrorism and didn't. Galligan also argued it is inconsistent for the Army to pursue the death penalty while attempting to cover the incident with a work place violence label.

Although Hasan has been sentenced to death, Galligan doesn't believe his sentence will be carried out.