Military Leaders Increasingly at Odds With Obama Over ISIS Strategy 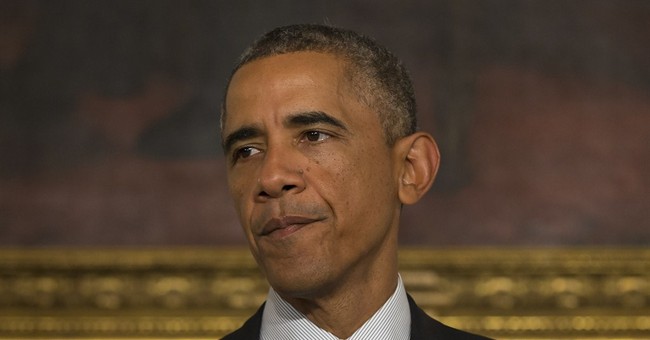 Obama's strategy on how to combat ISIS is confusing at best, but one thing is clear: the battle brewing between Obama and America's top generals about how to move forward against the terror army.

Earlier this week during a Senate Armed Services Committee hearing, Chairman of the Joint Chiefs of Staff General Dempsey said there is potential he will recommend ground troops should the coalition with Arab countries against ISIS fail.

“My view at this point is that this coalition is the appropriate way forward. I believe that will prove true but if it fails to be true and if there are threats to the United States then I of course would go back to the President and make a recommendation that we include the use of U.S. military ground forces. To be clear, if we reach the point where I believe our advisers should accompany Iraqi troops on attacks against specific ISIL targets, I will recommend that to the president," Dempsey said.

The next day, President Obama gave a speech in Florida at U.S. Central Command and stressed, "I will not commit you, and the rest of our armed forces, to fighting another ground war in Iraq." Obama has repeatedly insisted ground troops will not be used against ISIS.

Regardless, the line of generals and other high ranking military officials expressing skepticism over President Obama's plan and strategy is quickly getting longer.

"Half‐hearted or tentative efforts, or air strikes alone, can backfire on us and actually strengthen our foe’s credibility, reinforcing his recruiting efforts which are already strong. I do not necessarily advocate American ground forces at this point, but we should never reassure our enemy that our commander‐in‐chief would not commit them at the time and place of his choosing. When we act it should be unequivocal, designed to end the fight as swiftly as possible. While no one is more reluctant to see us again in combat than those of us who have signed letters to the next of kin of our fallen, if something is worth fighting for we must bring full strength to bear."

President Obama had been given advice on how to handle the Islamic State of Iraq and the Levant but did not act on it, according to a new report from Real Clear Defense.Obama was preparing his strategy when he rejected the “best military advice” of Gen. Lloyd Austin, commander of U.S. Central Command.

Airstrikes have halted the advance of the Islamic State, also known by the acronyms ISIS or ISIL, General Odierno, now the Army chief of staff, told journalists from four news organizations, including The New York Times, in what aides said were his first public comments on the current situation in Iraq. Ultimately, though, “you’ve got to have ground forces that are capable of going in and rooting them out,” he said, referring to the Islamic extremists.

The airstrikes “will not be the end all and be all solution in Iraq,” he said. Similarly, he added, the jihadis cannot be allowed to have a safe haven across the border in Syria.

"In my military mind what you have is Operation Enduring Confusion. You have a President who cannot make up his mind about what he wants."

"I've spent my whole life hanging around the U.S. military. I've been on plenty of times with you from Iraq and other places. I've spent my life with these young guys. I'm waiting for the general or admiral who will stand up on his hind feet and say this is mission impossible. Given the constraints that you've [Obama] given we cannot accomplish the objective you have set. It is impossible to do."

"Somebody has to tell the truth...Some general or admiral at the Pentagon or somewhere else in Central Command has got to stand up and say, 'The mission we've been given we can do but we can't with the constraints you've places upon us.'"

And then there's this:

Gen. McInerney: “The president is fighting a political campaign… the generals are fighting an enemy overseas.” #KellyFile

The current situation in Iraq is a direct result of President Obama choosing politics over the advice of his generals. Even with the threat of ISIS, things haven't changed.