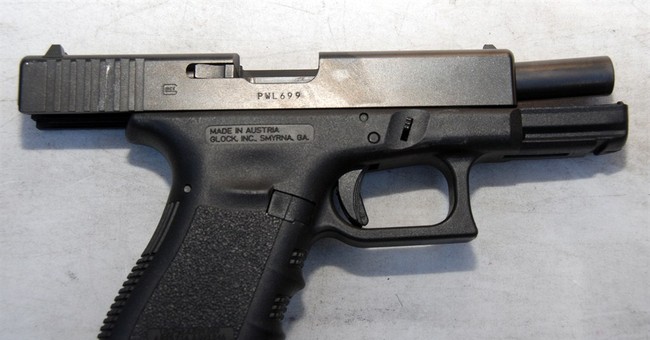 The ability for citizens, D.C. residents and outsiders alike, to carry a handgun open or concealed in Washington D.C. didn't last long. Just days after Federal Judge Frederick Scullin knocked down Washington D.C.'s complete carry ban as unconstitutional, he has issued a 90-day stay in the case. More from the Washington Times:

The order issued by U.S. District Court Judge Frederick Scullin brings a temporary reprieve to D.C. officials, who were sent scurrying over the weekend to interpret the effects of the ruling that gutted the city’s restrictive gun laws.

An order issued Saturday by the judge struck down the city’s ban on the carrying of guns in public as unconstitutional. While still struggling to comprehend the scope of the order, D.C. police ordered officers to stop arresting people for carrying legally registered guns on city streets.

D.C. Attorney General Irvin B. Nathan asked Monday for a stay either pending a potential appeal of the case or for 180 days to give city lawmakers time to craft appropriate legislation to regulate the carrying of guns in public.

Folks, time to take your guns back home in DC. A judge issued a stay in the #Palmer case.


In the meantime, NRA News host Cam Edwards has an idea:

Now would be a great time for Congress to push D.C. to adopt a reasonable "Shall Issue" concealed carry law. #2A #gunsense