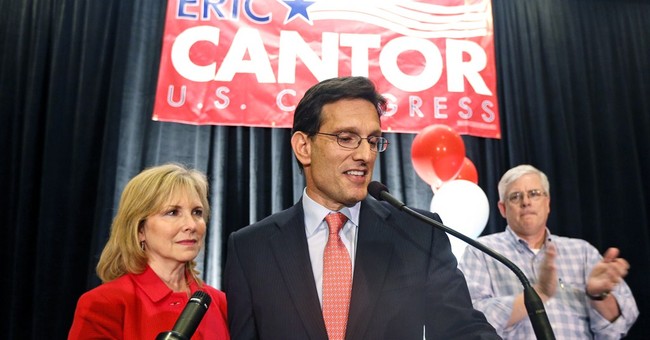 When Republican Majority Leader Eric Cantor lost to his challenger David Brat last night, shock waves were sent across the political world. As Guy already noted, Brat was unheralded, underfunded and many people didn't know who he was until his huge victory last night. In total, Cantor spent $5 million on his campaign while Brat spent just $200,000. Cantor lost by eleven points.

But the stat of night comes from the New York Times, which shows Cantor's campaign spent as much money on steak houses as Brat spent on his entire campaign.

One measure of the extraordinary defeat could be seen in the candidate’s finances. Since the beginning of last year, Mr. Cantor’s campaign had spent about $168,637 at steakhouses compared with the $200,000 his challenger, David Brat, had spent on his entire campaign.

To say Brat spent $200k is actually to overstate it. pic.twitter.com/IjryScSdsP


In the end Team Cantor spent more money dining out (with expensive consultants no doubt) than Brat spent in total. Wow.