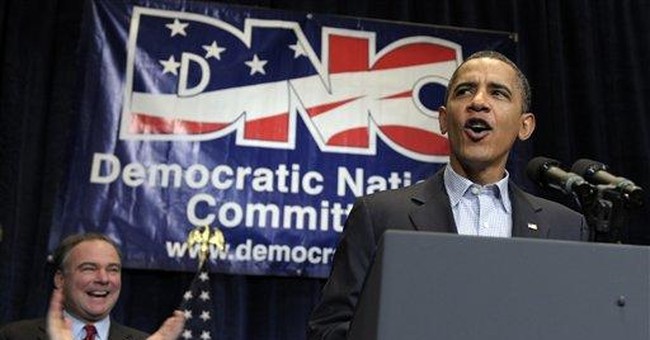 Late yesterday, Guy brought you a story about 94 non-citizens illegally voting in the swing state of Florida. The original story and investigation of voter fraud was conducted by a local NBC affiliate in a single county. Local reporter Andy Pierrotti worked on the story for more than two months, carefully collecting evidence and documenting voter registrations of non-citizens. He also went to the homes of non-citizens, where one woman proudly proclaimed, "I vote every year."


After the link to the story was sent out on Twitter, DNC Press Secretary and former Obama Campaign Spokesman Mike Czin quickly took notice and immediately condemned Voter ID laws, not the fraud clearly documented in the report.

@guypbenson @Raffiwilliams voter ID laws are a solution in search of a problem.s

Czin also denied being a supporter of voter fraud, yet failed to condemn non-citizens voting.

@guypbenson @Raffiwilliams - wow - that is unbelievably dumb, and I don't say that lightly.


I guess when you consider Czin works for Debbie Wasserman-Schultz (a Congresswoman from Florida, by the way), his responses don't seem all that ridiculous.