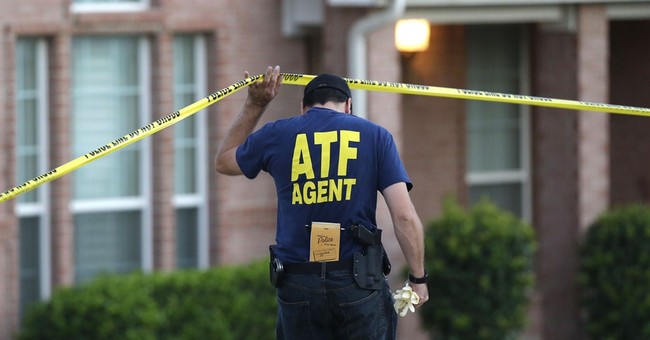 Last week Ares Armor, a company that sells firearms parts in San Diego, obtained a restraining order against the Bureau of Alcohol, Tobacco and Firearms. The restraining order was approved by Federal Judge Janis L. Sammartino and a federal raid of the business was prevented. ATF planned on raiding the company in order to gain access to a list containing more than 5,000 customer names. The customers on the list had purchased a plastic or polymer lower receiver from EP Armory, a part that is used to build rifles legally at home. The metal version of the receiver is legal due to being stamped with a serial number.

ATF and DOJ argue the plastic versions of the receivers are illegal because they don't have serial numbers, even though they are the exact same part simply made of different materials. In this case ATF considers receivers firearms, not simply firearm's parts. In past cases and situations, ATF has determined these parts are not firearms. Here is DOJ's argument:

Plaintiff Lycurgan Inc, dba Ares Armor (“Ares Armor”) is part of ATF’s investigation because it is in possession of approximately 6,000 of these unserialized AR-15 lower receivers. Further, Ares Armor is not a federal firearms licensee, so it cannot legally engage in the business of dealing in these firearms, let alone ones that do not bear the required manufacturer’s mark and serial number.

Over the weekend and under pressure from the Department of Justice Judge Sammartino reversed the restraining order and heavily armed ATF agents raided the company in full tactical gear. Most of the raid was caught on video and ATF confiscated materials (plastic receivers) and the customer list Ares Armor was trying to protect. Before the raid, undercover and plain clothed ATF agents were reportedly questioning customers outside of the store.

Ares Armor is in for a long court battle and ATF now has the names of thousands of people who have purchased plastic receivers. People on that list should prepare themselves for a knock on their doors, too. More on that from Bob Owens over at BearingArms.

If you have purchased an 80% lower receiver from a storefront location or over the Internet from any vendor, I think it is safe to assume that the federal government either has your customer data, or is in the process of trying to obtain your customer data. If you want a truly anonymous 80% lower, pay cash via a private sale, the same as you would with a serialized firearm.