Wayne LaPierre at CPAC: The NRA Will Not Go Quietly Into the Night 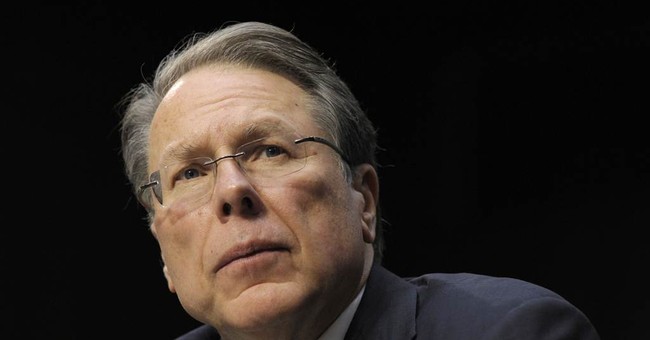 Speaking Thursday afternoon at the 2014 Conservative Political Action Conference, NRA Executive Vice President Wayne LaPierre made it clear the civil rights organization isn't backing down when it comes to protecting the Second Amendment rights of American gun owners ahead of the 2014 midterm elections.

After thanking the audience and NRA members for their ongoing support and fight against anti-gun legislation, LaPierre railed against the media.

"The media's intentional corruption of the truth is an abomination...They've never told the truth about the NRA. They hate us," he said. "One of America's greatest threats is a national media that fails to provide a level playing field for the truth."

"This election will be won or lost on every street ... where every NRA member lives and works and volunteers and campaigns," he said. "The NRA will not go quietly into the night. We will fight."