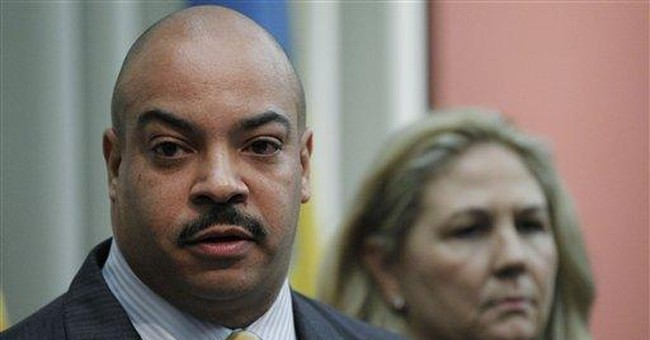 The Senate Judiciary Committee will vote today on the confirmation of Debo Adegbile, President Obama's controversial nominee to head up the Civil Rights Division of the Department of Justice. During his time as the President of the NAACP Legal Defense Official, Adegbile, worked tirelessly to free convicted cop killer Abu-Jamal from prison. Abu-Jamal was convicted of killing Philadelphia Police Officer Daniel Faulkner in 1982.

The National Fraternal Order of Police, an organization representing 333,000 men and women in law enforcement, has strongly opposed his nomination and now, long time Democratic Prosecutor Seth Williams is declaring Adegbile unfit for the position inside DOJ.


"Mr. Adegbile has impressive credentials," Williams wrote in a letter to Senators Leahy and Grassley earlier this week. "His decision to champion the cause of an extremist cop-killer, however, sends a message of contempt to police officers who risk their lives every day to maintain the peace."

If confirmed, Adegbile will be responsible for bringing cases against law enforcement officers and agencies across the country.

Landon Mion
Sick Games: COVID Trutherism Hits Virginia As Scores of Libs Wonder if Glenn Youngkin Is Infected
Matt Vespa
The March for Life Just Took Place on Friday to Mark the Anniversary of Roe v. Wade. Could It Be the Last One?
Rebecca Downs
CARTOONS | Gary Varvel
View Cartoon
Most Popular