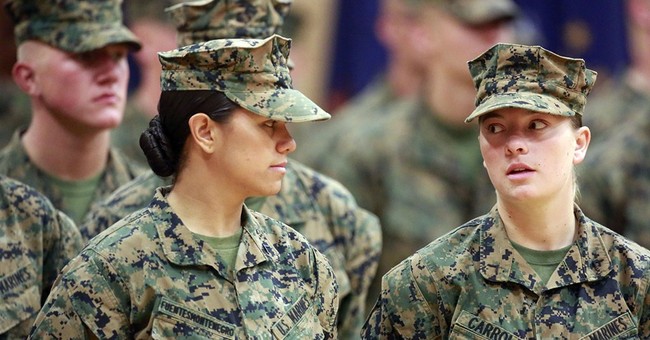 Apparently Congress failing to make sure military death benefits for families of soldiers killed overseas would be paid out during the government shut wasn't a big enough disgrace for lawmakers on Capitol Hill. Here we are two months later and Democrats have blocked an amendment that would restore $6 billion in cuts to military retirement pensions over the next 10 years.

A final effort by Senate Republicans to halt cuts to pensions of military retirees failed late Tuesday, after Democrats blocked an amendment to the controversial budget bill.

The two-year budget agreement, which cleared a key test vote earlier in the day, was expected to get a final vote no later than Wednesday.

Ahead of the final vote, Sen. Jeff Sessions, R-Ala., tried unsuccessfully to use a parliamentary tactic to force a vote on the amendment, which he wrote to undo the cuts for military retirees.

Think we don't have the money to offset the $6 billion? Think again. Apparently illegal immigrants collecting IRS tax money is more important than making sure our veterans are taken care of after voluntarily putting their lives on the line for our country.

Sessions wanted to instead eliminate an estimated $4.2 billion in annual spending by reining in an IRS credit that illegal immigrants have claimed.

He and fellow senators argued the bill unfairly sticks veterans and other military retirees with the cost of new spending.

“It’s not correct, and it should not happen,” Sessions said on the floor.

"By blocking my amendment, they voted to cut pensions for wounded warriors," he said afterwards. "Senators in this chamber have many valid ideas for replacing these pension cuts, including my proposal to close the tax welfare loophole for illegal filers, and all deserved a fair and open hearing. But they were denied.”

Last night on The Kelly File, Concerned Veterans for America CEO Pete Hegseth and Dr. Vivian Greentree explained that these benefits are actually disability payments for wounded soldiers who have to leave service early due to devastating injuries while serving in the field.

As usual, Capitol Hill doesn't have its priorities straight.