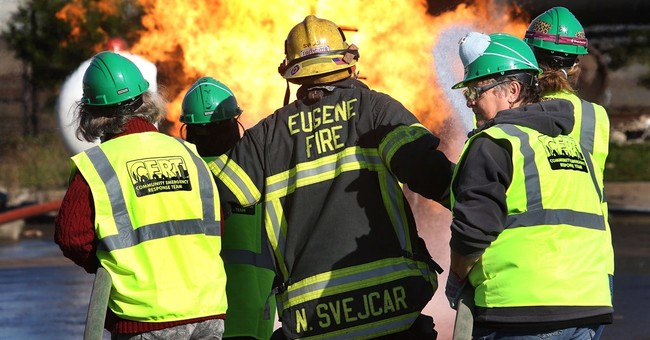 As the devastating effects of Obamacare continue to rip through the middle class, new victims are being taken along the way. Volunteer fire departments are the latest to feel the wrath of President Obama's healthcare overhaul.

But this isn't an isolated case, thousands of fire stations across the country could close as a result of Obamacare. More from Fox News:

Volunteer fire departments all across the U.S. could find themselves out of money and unable to operate unless Congress or the Obama Administration exempts them from the Affordable Care Act.

'I thought the kinks were worked out of Obamacare at the first of the month, Central Florida volunteer firefighter Carl Fabrizi told Sunshine State News.

'Man, oh, man, this could potentially destroy some real good companies in Florida.'

The U.S. Department of Labor takes the term 'volunteer' literally, but the IRS says volunteer firefighters are technically employees if they're on the job more than 30 hours per week, making them subject to Obamacare's employee-mandate rules.

Since the Obamacare law doesn't specifically carve out an exemption for them, fire departments where 50 or more people work – either as volunteers or officially as employees – are expected to provide health insurance for every one of them.
In towns with more than one volunteer fire department, all the staffers will likely be lumped together for tax purposes, pushing many municipalities above the 50-worker threshold.

That could cost departments of life-savers hundreds of thousands of dollars each year. Those that dump their volunteers into the federal insurance exchanges would still have to pay an annual $2,000 fine for each 'employee' after the first 30.

So much for public safety and protecting first responders, something President Obama used to believe in.