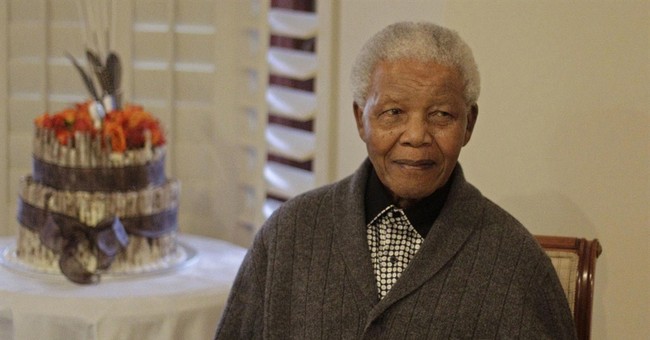 Former South African President Nelson Mandela has died at the age of 95. He was surrounded by family and friends at his him home.

"Our thoughts and prayers are with the Mandela family, to them we owe a debt of gratitude. They have sacrificed much and endured much so our people could be free," South African President Jacob Zuma announced. "Our nation has lost its greatest son."

Flags in South Africa have been ordered at half-staff.

President GWB on Mandela: "He bore his burdens with dignity and grace, and our world is better off because of his example."

A great light has gone out in the world. Nelson Mandela was a hero of our time. I've asked for the flag at No10 to be flown at half mast.

"We mourn his loss and offer our condolences to his family and the people of South Africa."

President Obama from the White House:

“We will not likely see the likes of Nelson Mandela again — so it falls to us as best we can to forward the example that he set: to make decisions guided not by hate, but by love, to never discount the difference that one person can make, to strive for a future that is worthy of his sacrifice.”