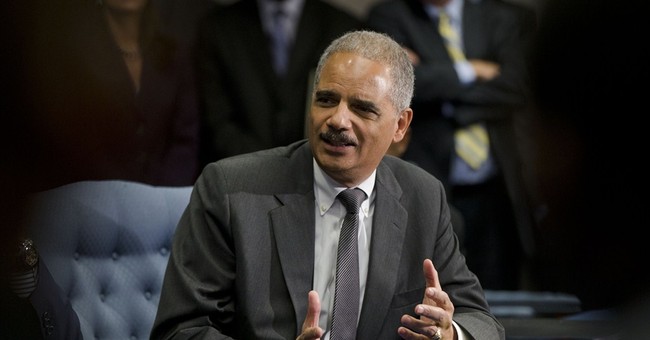 In case you missed it over the weekend, late Friday night Attorney General Eric Holder issued a motion to appeal after U.S. District Court Judge Amy Berman Jackson ruled in September she will not dismiss contempt and executive privilege lawsuits against the Justice Department. Department of Justice attorneys argued the lawsuits should be dismissed on grounds the judiciary has no business getting in-between Executive branch and Legislative branch disputes. Jackson disagreed with their argument, saying the judiciary has an obligation to look at these kinds of disputes. Holder was hoping to get the case in front of the U.S. Court of Appeals for the D.C. Circuit, which is sympathetic to the Justice Department and the Obama administration. Late yesterday, his appeal was denied.

"Accordingly, defendant’s motion is DENIED," Jackson wrote in her decision. "The Court is not of the opinion that its denial of the motion to dismiss involves a controlling question of law as to which there is a substantial ground for difference of opinion. As explained in the Memorandum Opinion, the [previous] ruling was based upon Supreme Court precedent and Circuit precedent, and it was decided in accordance with an opinion issued by another judge of this court in a substantially similar matte....Defendant has not pointed to any precedent that would supply the grounds for a difference of opinion."

Jackson noted that while she was turning down Holder's request for an immediate appeal, she has yet to rule on whether any documents have been improperly withheld from the House Oversight and Government Reform Committee under a claim of executive privilege from President Barack Obama. If she makes such a finding, an appeal would be open at the conclusion of the case.

We are still waiting on a ruling from Jackson on whether the Justice Department has an obligation to turn over many disputed Operation Fast and Furious documents to the House Oversight Committee.