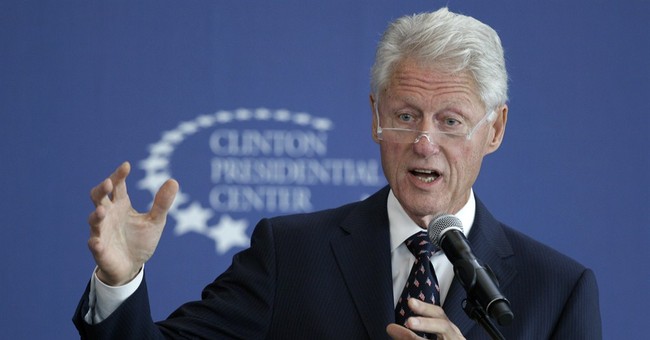 Former President Bill Clinton is weighing in on President Obama's broken promise and repeated lie that people could keep healthcare plans they liked as millions of Americans continue to lose their health insurance.

"I met a young man this week who has a family, two children, bought in the individual market place. His policy was cancelled and one was substituted for it that doubled his premium."


At least 52 million Americans are expected to lose their health insurance under Obamacare but at this point, only 50,000 people have enrolled in the federal exchanges.