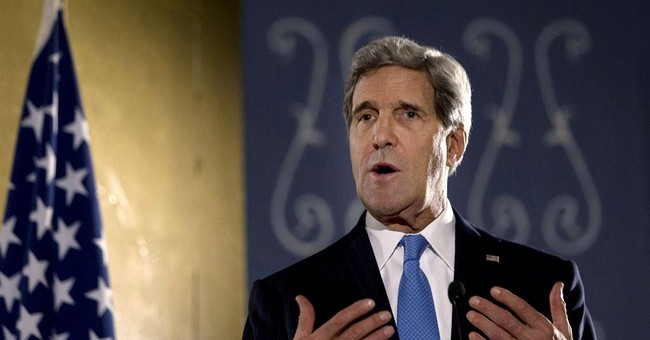 The Obama administration has been quietly working to lift sanctions on Iran as the country vows to continue its nuclear program. More from The Daily Beast:

The Obama administration began softening sanctions on Iran after the election of Iran’s new president in June, months before the current round of nuclear talks in Geneva or the historic phone call between the two leaders in September.

While those negotiations now appear on the verge of a breakthrough the key condition for Iran—relief from crippling sanctions—began quietly and modestly five months ago.

A review of Treasury Department notices reveals that the U.S. government has all but stopped the financial blacklisting of entities and people that help Iran evade international sanctions since the election of its president, Hassan Rouhani, in June.

Secretary of State John Kerry is in Geneva today for talks with Iran as Congress watches from the United States, where a deal could be made to further ease sanctions.

“If the reports are correct, this is a terrible deal, and it is dangerous for America. The prospect of Iran acquiring nuclear weapon capacity is the gravest national security threat we face, yet it appears that this 'deal' does not require Iran to dismantle even a single centrifuge or turn over even a single pound of enriched uranium. To lift economic sanctions on Iran in exchange for an amorphous promise to pause their immediate efforts to acquire nuclear weapons makes no sense whatsoever. It is almost surely unverifiable, and lifting the sanctions will only encourage Iran to surreptitiously continue to develop nuclear weapons--weapons that, if acquired, pose an existential threat to America and our allies," Texas Senator Ted Cruz said in a statement.

Israel seems to have been left out to dry on this entire thing. It was only a year ago when Israeli Prime Minister Benjamin Netanyahu warned of Iran's increasing nuclear capacity during his speech in front of the United Nations.

This year, Netanyahu warned Iran's new president is a "wolf in sheep's clothing."

"Rouhani didn't sound like Ahmadinejad, but when it comes to Iran's nuclear weapons program, the only difference between them is this: Ahmadinejad was the wolf in wolf's clothing. Rouhani is a wolf in sheep's clothing," Netanyahu said. "A wolf who thinks he can pull the wool over the eyes of the international community."

President Obama has been anything but a friend to Israel since occupying the Oval Office in 2009. Not only has he called on Israel to go back to its 1967 borders, making the country indefensible, he's been working with Iran behind their backs.

"The United States should negotiate from a position of strength, not weakness. We should have insisted on good-faith measures before meeting with the Iranians directly, such as the release of Pastor Saeed Abedini and the acknowledgment of Israel’s right to exist as a Jewish state," Cruz said. "Prime Minister Netanyahu has taken the extraordinary step of condemning what is happening in Geneva as a 'very, very bad deal.' President Obama should not abandon our friend and ally Israel, and he should not cut a deal that endangers the national security of the United States."