European Parliament: No, Abortion is Not a Human Right 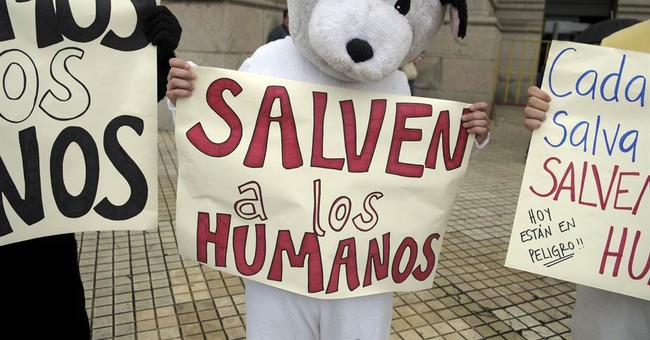 While many states on the U.S. side of the pond still legally allow late term abortions, our friends across the pond in progressive Europe have repeatedly condemned the action of abortion in nearly all cases and many countries cap abortions at 12 weeks. It's one of the very few issues the Europeans have right.

Today, the European Parliament rejected recommendations that abortion be declared a human right (abortion as a human right seems ironic for obvious reasons). LifeNews has more:

The European Parliament today rejected a report that recommended that EU nations declare abortion to be a human right and to make abortion available within all public health systems of member countries. Adoption of the report would have placed more pressure on pro-life nations like Ireland, Poland and Malta to legalize abortion on demand.

“The report states that 20 member nations permit abortion on demand (generally with a gestational limit). Of the seven remaining nations, three have very liberal restrictions regarding abortion while three nations will perform abortions only under more limited circumstances,” says pro-life analyst Nora Sullivan. “The measure the European Parliament is now considering contains no limits regarding gestational age – leaving open the possibility of elective-abortion-until-day-of-birth as a human right. Doubly disturbing are the severe infringement on conscience protections of physicians (specifically gynecologists and anesthesiologists) that are proposed.”

After the voting was complete, 351 MEPs voted to send the pro-abortion bill back to committee while 319 voted against the move to zap the legislation.


One of the biggest pro-life victories we've seen in Europe comes from the majority of doctors who refuse to perform abortions. In the United States, we're seeing the same trend.