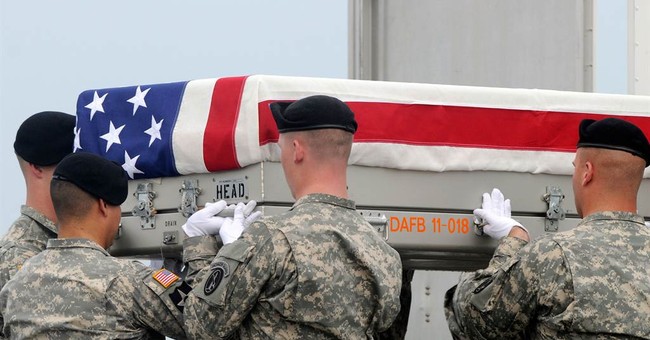 Earlier this week we learned the horrific news that death benefits for families of military members killed overseas were frozen and would not be delivered to the families of five service members killed last weekend. According to Fox News' Ed Henry, the White House knew these benefits would be frozen days ago and did nothing to stop it.

Ed Henry: It seems simple, when the President says he’s outraged about it through Jay Carney, so when did he learn about it? And how quickly did he move on it? What we do know that on September 27 the Pentagon comptroller told reporters way back then a few weeks ago, that if the government shutdown on October 1, they would not be able to pay out these death benefits. Nobody is suggesting that the President was briefed way back then but I did some more digging tonight and inside the administration people are saying unofficially that aides around here knew about this a few days ago. Now how quickly that filtered to the President, we still don’t know, they haven’t answered that question. But if the President knew about it 2, 3 days ago that would suggest maybe it would be politically embarrassing for them, if they were to say that he knew back then but didn’t actually move quickly to issue an executive order or whatever may be the case. The bottom line is that Jay Carney did tell me, we should say in fairness that there is one way to solve this, there’s one way to deal with the death benefits, to reopen the World War two memorial , Grand Canyon you name it and that in Jay Carney’s words is for the Republicans to reopen the government, so that battle obviously tonight still goes on.

Here is Henry's exchange with White House Press Secretary Jay Carney yesterday, who refused to state exactly when President Obama found out about the slashing of benefits.

The House voted unanimously yesterday to reinstate death benefits for military families. That bill is sitting in the Democratic controlled Senate.

Luckily the Fisher House, a private military charity, has stepped in to help grieving military families. Fisher House will provide the equivalent of death benefits, which adds up to $100,000 per family.