Another Bombshell: NSA Collected Thousands of Emails Belonging to Americans With No Terror Connection 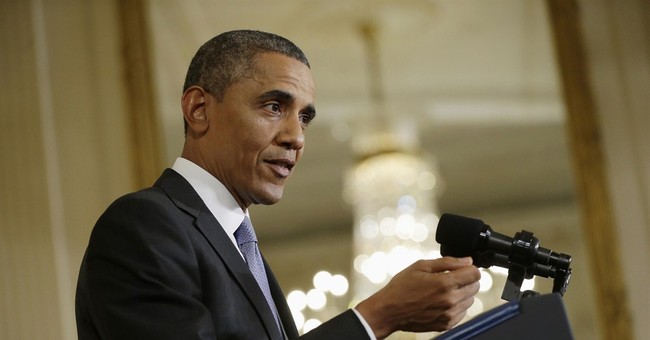 According to the Associated Press and newly released documents, the National Security Agency collected thousands of emails belonging to Americans with no ties to terrorism.

The nations' top intelligence official is declassifying three secret U.S. court opinions showing how the National Security Agency scooped up as many as 56,000 emails annually over three years and other communications by Americans with no connection to terrorism, how it revealed the error to the court and changed how it gathered Internet communications.

The opinions show that when the NSA reported to the court in 2011 that it was inadvertently collecting as many as 56,000 Internet communications by Americans with no collection to terrorism, the court ordered the NSA to find ways to limit what it collects and how long it keeps it.

Two weeks ago, President Obama reiterated promises that the NSA does not have a domestic spying program during an interview with Jay Leno.

“We don’t have a domestic spying program,” Obama said, according to the media pool report. “What we do have is some mechanisms that can track a phone number or an email address that is connected to a terrorist attack. ... That information is useful.”


Earlier this week, Republican Senator Rand Paul said NSA spying on Americans is not only constitutional, but that it can't be "saved" by more government oversight.

You know, I think it would be better with more oversight, but there are some things they are doing that I fundamentally think are unconstitutional," Paul said on "Fox News Sunday." "Our founding fathers, when they wrote the Fourth Amendment, said a single warrant goes toward a specific individual and what you want to look for. ... The constitution doesn't allow for a single warrant to get a billion phone records. ... They basically, I believe, are looking at all of the cell phone calls in America every day."