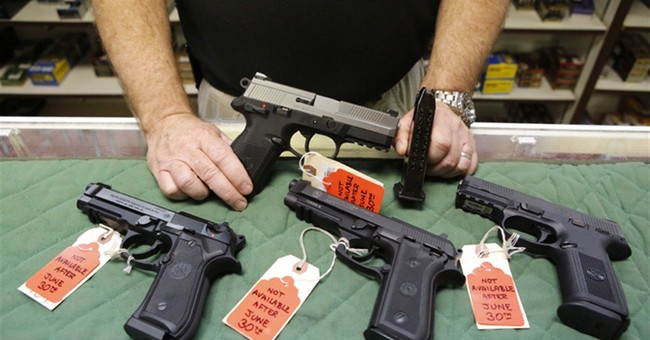 After a long battle, Illinois has finally become the last state in the Union to pass a concealed carry law. More from the Chicago Tribune:

Illinois today became the last state in the country to legalize the concealed carry of guns after both the House and Senate rejected Gov. Pat Quinn’s attempt to rewrite the compromise bill.

Senators voted 41-17 to override Quinn’s amendatory veto of the bill. Earlier in the day, the House voted 77-31 to overturn the governor’s rewrite. The measure now becomes law, though the actual ability of gun owners to carry a concealed firearm remains months away.

The action by the Democratic General Assembly was a major repudiation of the actions of the state’s Democratic governor. Supporters of the compromise legislation accused Quinn of engaging in re-election politics rather than negotiating with lawmakers when the bill was crafted.

Illinois has been the only state that bans so-called concealed carry — but faced a court-mandated deadline of today to enact regulations after a federal appellate court ruled the state's prohibition unconstitutional.

Karen Bartuch over at BearingArms, breaks down how we got here:

Illinois’ longstanding blanket ban on concealed carry was deemed unconstitutional by the United States Court of Appeals for the Seventh Circuit on December 11, 2012. Lawmakers were given 180 days to pen a new law that didn’t defy the Constitution and deprive Americans of their rights.

Now we can sit back and watch as the crime rates in Illinois go down, just as they have across the country thanks to concealed carry becoming legal (in different forms) in every state.