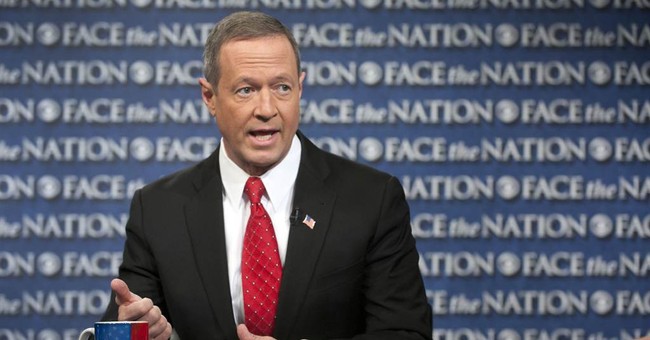 Back in May, Maryland Governor Martin O'Malley (who has presidential aspirations) signed into law some of the country's strictest gun control laws after they were shoved through the legislature in the name of Sandy Hook. Thousands who opposed to the bill were ignored. O'Malley was vocal in his support for the laws and made it a point to stress that the new laws would reduce crime and keep Maryland safe.

Fast forward to June and we've seen the violence in Maryland continue. It is important to note that before O'Malley signed new gun control laws in May, Maryland already had some of the strictest gun laws in the country and also some of the worst violence in its big cities. Baltimore was bad and now, it's getting worse.

So here's how Baltimore's 10 days of gun violence from hell went: About 40 people shot, 16 of them fatally.

Baltimore police Commissioner Anthony W. Batts has decried the violence, as has Baltimore Mayor Stephanie Rawlings-Blake. Several members of the Baltimore City Council have also weighed in. But, so far, there's been nothing but silence from the one group of politicians Baltimore citizens need to hear from.

That would be Maryland Gov. Martin O'Malley, who was mayor of Baltimore before he was elected governor. And it would be nice to hear from members of Baltimore's delegation to the state Legislature.

You know, the ones with nary a Republican in their ranks. The ones that voted, during the last legislative session, to pass a bill banning assault weapons and another bill that requires any law-abiding citizen that wants to buy a firearm in Maryland to be fingerprinted.

New laws require that anyone who wants to buy a firearm must be finger printed. Maryland turned law abiding citizens who simply want to exercise their Second Amendment rights, into crime suspects before they had done anything wrong. But guess what? That didn't work to reduce crime, either.

Thousands of other Marylanders - thought that fingerprinting was something done after a person has been arrested and booked for a crime. Or as a requirement for a job that has a high security clearance.

Maryland's Democratic legislators - and the state's governor - decided to change all that. For them, anyone desiring to buy a firearm automatically became a criminal suspect, a public menace worthy of being fingerprinted.

If it wasn't clear before, it's clear now: Maryland Democrats' greatest fear is a law-abiding citizen armed with a handgun or a rifle.

Violent miscreants with long criminal histories - like the ones currently causing the mayhem on Baltimore's streets, according to various police spokespersons - concern Maryland Democrats not at all.

During the most recent session of the state Legislature, Maryland Democrats focused on two problems that didn't exist. The ban on assault weapons has decreased gun violence in Baltimore not one iota.

That's because few, if any, of the shootings were done with assault weapons.

And the fingerprinting requirement affected only law-abiding citizens that want to buy firearms. It had no impact on Baltimore's criminal element at all.

Not surprisingly, O'Malley doesn't have much to say now that the ongoing violence in his state isn't politically convenient.  Here's a reality check:

In Remington, a nonprofit that works with city youth called The Intersection launched a "listening campaign" to draw awareness to urban gun violence. An organizer, Zeke Cohen, noted that more people were killed in Baltimore in 2012 than those in mass shootings in Aurora, Sandy Hook, Columbine and Virginia Tech combined.