ObamaCare: One Year Ago Today 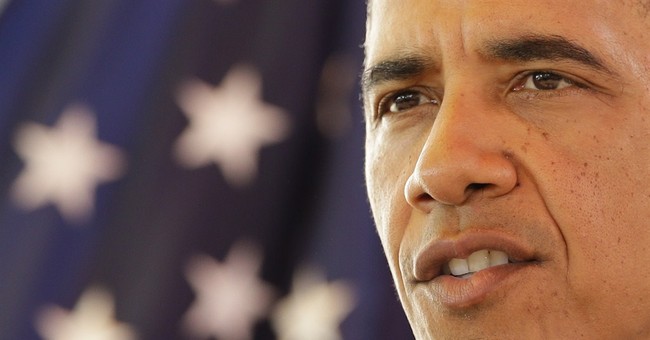 Today is the one year anniversary of the Supreme Court upholding the Affordable Care Act, better known as Obamacare. From last year:

The verdict is in, and it's a major disappointment to Obamacare opponents.  CNN initially reported that the individual mandate had been struck down under the Commerce Clause, then corrected its reporting: Obamacare has been upheld as a tax.  It looks like Obamacare's Medicaid expansion has been limited, but not struck down.  Chief Justice Roberts has reportedly joined the Left flank of the Court, authoring the decision (the key bits are on pages 31, 32).

Confirmed:  The decision was 5-4, with Justices Scalia, Kennedy, Thomas and Alito dissenting. According to SCOTUS blog, the four dissenters were prepared to strike down the entire law.  Wow.  Chief Justice Roberts saved Obamacare, plain and simple.  Very few people envisioned that scenario.  The paper thin silver lining for conservatives is that Roberts limited the seemingly boundless Commerce Clause by writing that it does not justify Obamacare's central pillar.  Instead, he ruled, it's legitimate as a tax - precisely what President Obam a had explicitly argued was not the case in selling the law to the public.  Everything in this law -- from the mandate, to the broad expansion of Medicaid, to all of the rules and regulations -- has been declared Consitutional by the High Court.  Here's the inevitable 2009 flashback of Obama telling a nationally televised audience that Obamacare is absolutely not a tax.  SCOTUS just disagreed, to the president's benefit.

Fast forward to today and Obamacare is the cluster Obamacare opponents warned it would be. Even Democratic Senator Max Baucus, who helped write the bill, has said he is worried about a "train wreck coming down." Not to mention, more people than ever want Obamacare repealed.

A record number of voters want the 2010 Affordable Care Act repealed entirely, while sizable majorities say they are worried about their health care under the new law and expect their medical costs will go up, according to a new Fox News poll.

The poll, released Wednesday, finds that 58 percent of voters favor repealing all (39 percent) or some (19 percent) of President Obama’s signature legislative achievement.

The 39 percent who want to repeal the health care law entirely is a record high, up from 30 percent who felt that way in March 2013.

The differing views follow partisan lines: Most Republicans favor repealing all (65 percent) or parts of the health care law (18 percent), while most Democrats want to see the law expanded (31 percent) or kept in place as-is (30 percent).

A 62-percent majority of independents favors repealing at least some of the law.

Nearly three times as many voters say the health care law makes them feel more worried (66 percent) rather than reassured (23 percent).  And the anxiety is rising -- the number feeling worried is up 15 percentage points since July 2012, soon after the U.S. Supreme Court ruled the law constitutional last year.


Meanwhile,nearly half of those who are uninsured in America don't actually know ObamaCare exists or that they are required by law to enroll.

The vast majority of Americans, 81%, say they are aware of the 2010 Affordable Care Act's (ACA's) requirement that most Americans must carry health insurance or pay a fine. Americans who are currently uninsured -- those most directly affected by this requirement -- are much less likely to be aware of the provision, with 56% saying they know about it and 43% saying they are unaware.