Rasmussen: Majority Believe Info Taken By NSA Will Be Used as a Political Weapon 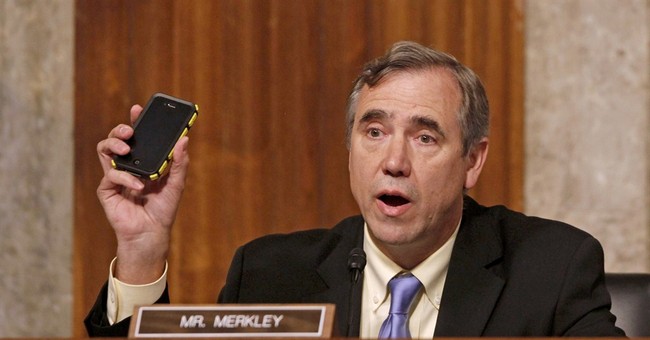 According to a new Rasmussen Report, the majority of Americans believe the data collected by the NSA will be used as a political weapon.

There is little public support for the sweeping and unaccountable nature of the National Security Agency surveillance program along with concerns about how the data will be used.

Fifty-seven percent (57%) of voters nationwide believe it is likely the NSA data will be used by other government agencies to harass political opponents. A new Rasmussen Reports national telephone survey shows that just 30% consider it unlikely and 14% are not sure.


With the ongoing IRS scandal, these numbers and feelings aren't surprising. Take for example True the Vote and tea party leader Catherine Engelbrecht, who received visits from multiple government agencies after filing for tax exempt status through the IRS.

The Houston-based group, True the Vote, was founded by Catherine Engelbrecht and members of her King Street Patriots Tea Party effort. True the Vote’s experiences are set apart from many of the other organizations that were discriminated against by the IRS due to their having applied for 501(c3) status and not just 501(c4) status.

The group received an unprecedented level of scrutiny from the IRS since its original application for 501(c3) status was filed in 2010. The IRS sent rounds of questions over several years that went as far as demanding to see each and every tweet Engelbrecht had ever sent out and each and every speech she had ever given.

Soon, the IRS began to audit Engelbrecht’s family business and her personally. And the scrutiny from the federal government did not stop with the IRS.

Two DOJ agencies, the Federal Bureau of Investigation (FBI) and the Bureau of Alcohol, Tobacco, and Firearms (ATF) began to make their presence felt in Engelbrecht’s life as well.

“They [FBI] contacted us, asked questions about one of the people who attended a program," Engelbrecht told Breitbart News. "They asked for us to call if he ever showed back up. They repeated [their calls] over time, but no longer about that individual. They said they were just calling to check up with us. They called to check up with us a great deal and said it was ‘routine."

Engelbrecht added: "We support law enforcement and the FBI beginning to call wasn’t such a big deal in itself, but it came as the IRS was probing us and auditing everything. It came as the ATF began surprise visits and audits of our business."

She added: "Not only were the IRS, ATF, and FBI now in our lives, but OSHA [Occupational Safety and Health Administration] and a governmental environmental entity started auditing us in surprise visits as well.”


It is clear the government is capable of abusing power, going outside of the law and using information improperly for political purposes. Why would the NSA data be any different?