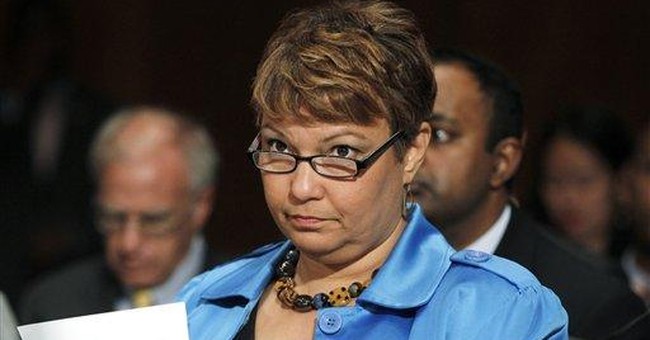 We've known for months now that the Environmental Protection Agency has been leaking the private information of small farmers to radical environmental groups, some of which are full of attorneys constantly snooping around for a lawsuit.

According to a letter from a group of Senators to Acting EPA Administrator Bob Perciasepe, the EPA "released farm information for 80,000 livestock facilities in 30 states as the result of a Freedom of Information Act (FOIA) request from national environmental organizations. It is our understanding that the initial release of data contained personal information that was not required by the FOIA request for ten states including Arizona, Colorado, Georgia, Indiana, Illinois, Michigan, Montana, Nebraska, Ohio and Utah. This release included names and personal addresses."

The Senators sent the letter Friday to express concern over the sensitivity of the data that was released to groups like Earth Justice, Pew Charitable Trust and Natural Resources Defense Council and to ask how the EPA plans to protect the data of farms and ranches that are also homes to families.

By leaking this information to legal environmental groups, small farms not only have to fight the powerful EPA, but also all of the powerful groups the EPA collaborates with. This scenario can only be classified as bullying and an overreach of regulatory power.

It's no wonder former EPA Administrator Lisa Jackson used secret email accounts to conduct government business. It's pretty obvious who she was talking to.